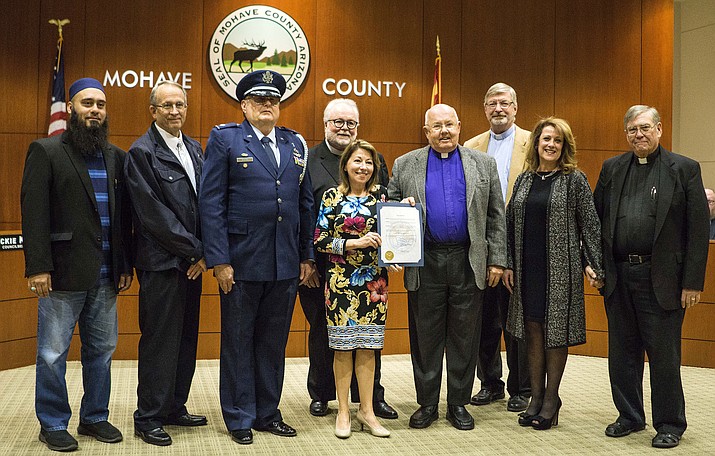 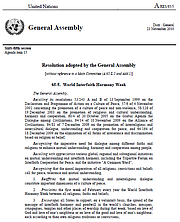 Love is what connects the two religions often seen at odds with each other. Not only this ideal of love for the neighbor, but also a love for God. It is this commonality around which Interfaith Harmony Week is based.

Interfaith Harmony Week is based on The Common Word initiative. This initiative, which started because of a 2007 letter title “A Common Word Between Us and You,” called for Muslim and Christian leaders to engage in a dialogue based on the two common fundamental religious commandments: love of God and love of neighbor. Those two commandments are at the heart of the three monotheistic religions and “therefore provide the most solid theological ground possible,” reads the World Interfaith Harmony Week website.

World Interfaith Harmony Week then extends those commandments by adding “Love of the Good, and Love of the Neighbor” in order to include all people of goodwill no matter their religion or lack thereof.

“And in so doing urge all citizens to join me in observing this week by upholding and fostering interfaith harmony,” the proclamation reads.

This proclamation was made on behalf of the Kingman United Pastoral Association (KUPA), a group of community religious leaders including Imam Umar Farooq Mahood of the Masjid Ibrahim Mosque, Father Phillip Shaw of Trinity Episcopal Church, Reverend Ray Christenson, a retired pastor from Grace Lutheran Church, and Vance Miller, President of the Kingman Latter Day Saints.

“I see all the religions as fingers of God,” Gates said. “This celebrates the things that bring us together…celebrates the freedom of choice and religion. I thought it was awesome.”

The group will be hosting a public forum at 5 p.m. Saturday at St. John’s Methodist Church, 1730 Kino Ave. The speaker will be Kathleen O’Leary, a registered nurse who has worked in Haiti, Iraq and Syria, with people from a variety of different religious beliefs, and she will talk about “Faith in Action.”

“This was a way of recognizing and celebrating some very amazing people who give back to the community,” Gates said.

The initiative “will provide a focal point from which all people of goodwill can recognize the common values they hold far outweigh the differences they have, and thus provide a strong dosage of peace and harmony to their communities.”

Gates said there are around 80 houses of worship in the Kingman area, so there is plenty of diversity in the community.

“This is a way to respect each other’s beliefs,” Gates said. “It’s nice to see the positives.”