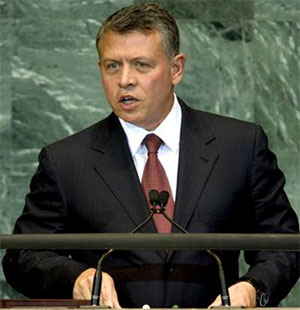 HM King Abdullah has long been known for his peace initiatives. The Amman Message brought together the most authoritative figures of Islam to denounce terrorism, and promote harmony within the world of Islam.

Under his patronage, the Common Word initiative has brought together the highest ranking Christian and Muslim leaders from around the world on the basis of the two greatest commandments of Loving God, and Loving the Neighbour.

On September 23rd 2010, HM King Abdullah II of Jordan introduced a World Interfaith Harmony Week at the Plenary Session of the 65th UN General Assembly in New York. In his speech he said: