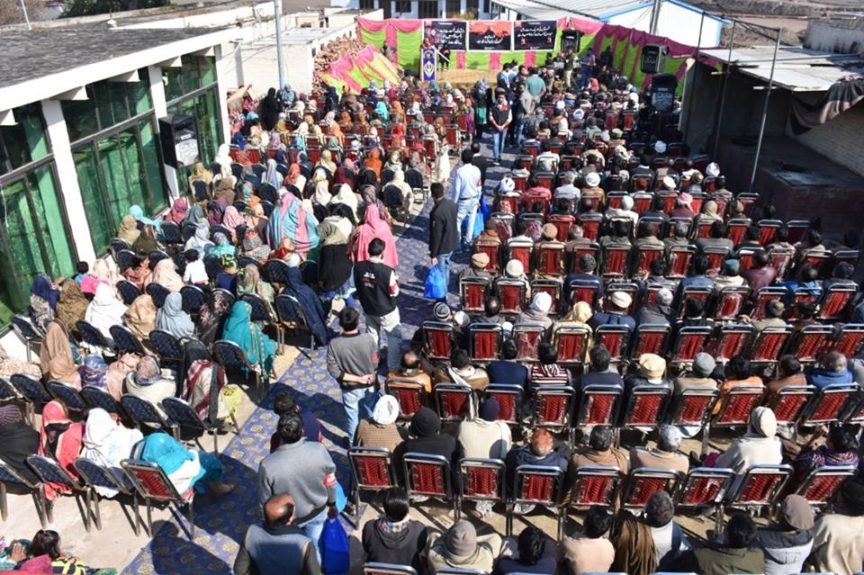 Celebrating the spirit of "International Inter-faith Week", Who is Hussain? - Pakistan, in collaboration with the Sikh Community of Kartarpur Narowal, organized an Inter-faith event on 4th of February 2019. The drive was aimed at bringing the people of diverse communities of the surrounding areas together under the names of Guru Nanak and Hussain Ibn Ali, the personalities that share the message of preaching love and tolerance. Gurdwara Kartarpur Sahib is one of the majestic places in Pakistan, considered sacred for every Pakistani, who is inspired by the self-less life of Guru Nanak. The announcement of opening of the Corridor by Prime Minister of Pakistan, Imran Khan to facilitate the pilgrimage of the Sikh brethren multiplied importance of the religious site. It also signifies Pakistan's resolve to further the cause of inter-faith dialogue and harmony. To honor the legacy of tolerance preached by Guru Nanak and Hussain Ibn Ali, and to bring diverse communities together, Who is Hussain? - Pakistan organized an Inter-faith Drive.The event was addressed by dignitaries from Muslim, Hindu, Sikh and Christian beliefs. The event was followed by distribution of 500 ration boxes (sufficient for a month) among the attendees, as a token of love. Who is Hussain? - Pakistan chapter is thankful for the cooperation of Mr. Imran Gondal (Deputy Secretary Shrines), Mr. Gobind Singh (Granti Gurdwara Kartarpur Sahib), Law enforcement agencies, Mojiz foundation and the community of Narowal for their hospitality and facilitation in the smooth execution of the event.