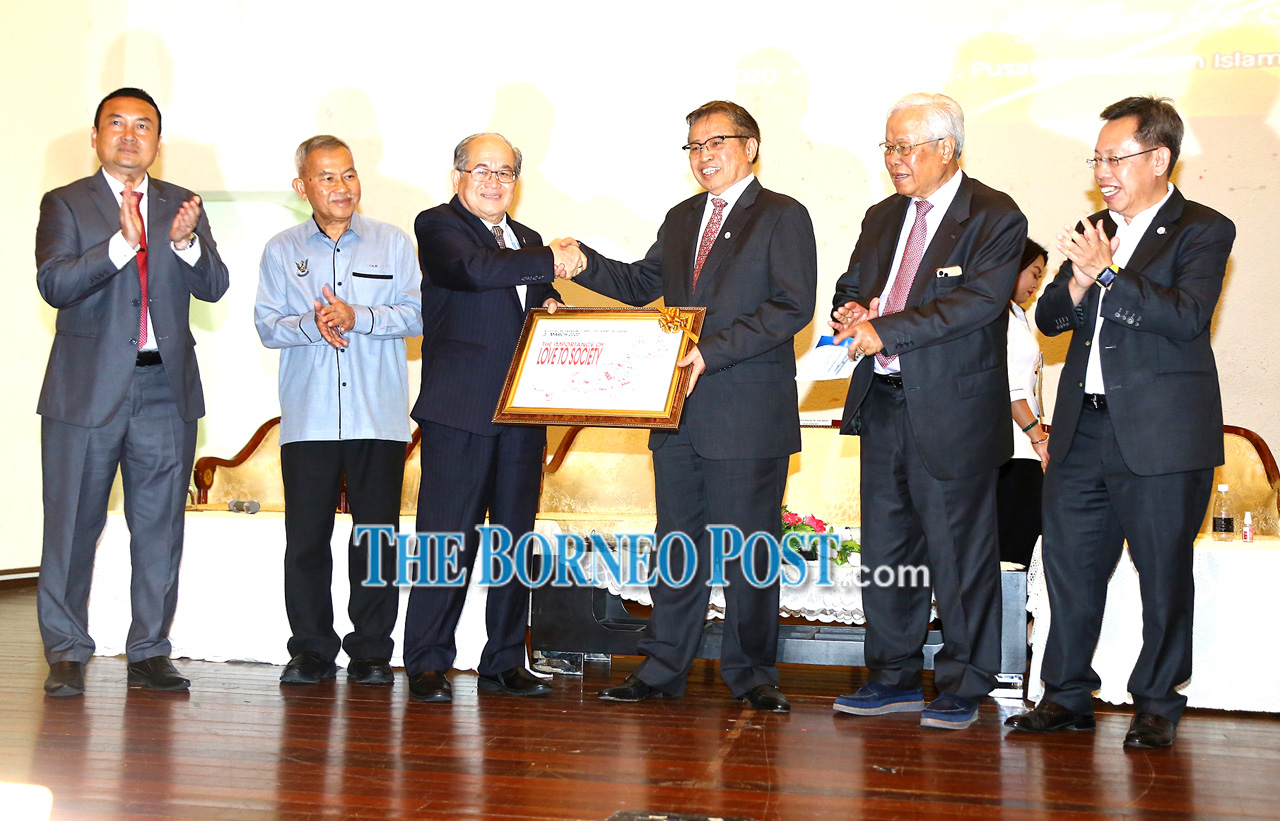 KUCHING: Chief Minister Datuk Patinggi Abang Johari Tun Openg is proposing for the Unit for Other Religions (Unifor) to send its people to Oxford University in the United Kingdom to attend three-month courses on interfaith studies or other disciplines.

“We have had very good understanding with the Islamic Centre of Oxford University, and the patron is of course the Prince of Wales who really promotes interfaith relationships.

“Every year, we (Sarawak) are given three places to attend short courses on interfaith as well as any other discipline.

“Therefore, I would like to propose, I open it up to Unifor, for you (Unifor members) to go only for three months, after that you will get a certificate from Oxford University,” he said when officiating at the Sarawak World Interfaith Harmony Week 2020 forum, here yesterday.

Abang Johari said at present, the state government is sending Islamic religious teachers and imams to Oxford University for the same courses, but has decided to also include Unifor members as well to strengthen interfaith relationship in Sarawak.

“I will open it for both (Muslims and non-Muslims) so that it will expose us to the question of interfaith survival between us.”

He said the short courses do not have to be religious studies, but could be in other disciplines such as economics which would be important for the development of the state.

Earlier, Abang Johari advised participants of various religious backgrounds at the forum to remain united with each other when looking after Sarawak.

He said in other places where there are religious or racial tensions, clashes often happen because certain quarters bring up petty issues that eventually turn into hatred for people of different beliefs.

“Because of these petty issues, terrorism comes about,” he added.

Abang Johari also advised participants not to be easily swayed by outside influences aimed at causing racial or religious tension among Sarawakians.

“So let us take care of our own Sarawak. Sarawak first. This is what the state government is doing. Do not be influenced by negative factors from outside. We want our nation to be peaceful.

“Only we Sarawakians can take care of Sarawak. I’m happy to note that so far our leaders have done a good job at it. I will continue with it, and I hope our future leaders will also do the same,” he said.