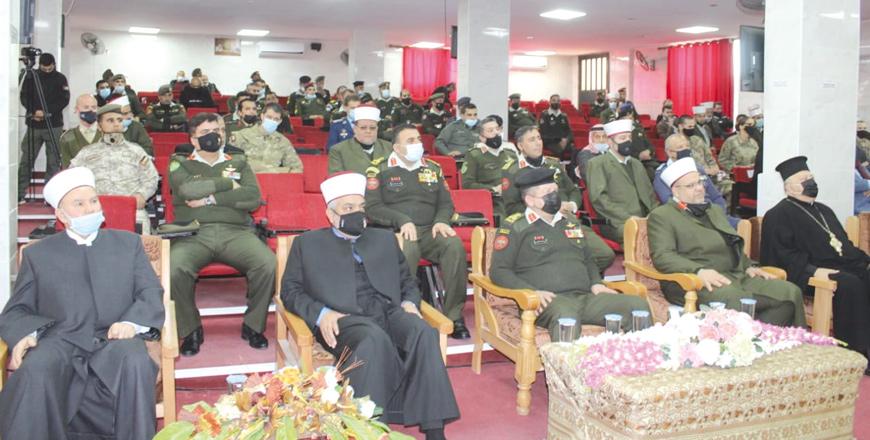 During the ceremony at Prince Hassan College of Islamic Sciences, JAF Mufti Brig. Gen. Majed Darawsheh highlighted the values of Islam in relation to coexistence, tolerance and respect to different religions and cultures, the Jordan News Agency, Petra, reported.

Director of the Jordanian Interfaith Coexistence Research Centre, Father Nabil Haddad, highlighted that interfaith harmony is part of the Kingdom’s diplomacy and  political ideology, highlighting the role of the Amman Message in this arena.

The annual event was firstly proposed at the UN General Assembly on October 20, 2010, by His Majesty King Abdullah, and it is marked in the first week of February.

Priest Michael Protoli from the US noted the fact that in Jordan Muslims and Christians live in peace, adding that interfaith harmony is the basis of cooperation and partnership, besides respect for common human principles such as freedom and human rights. Protoli lauded Jordan’s knowledge and action in this arena.

JAF Director of War Operations, Brigadier Gen. Hassan Abu Rumman said that the Kingdom’s good reputation, under the leadership of His Majesty King Abdullah has been crowned by JAF’s participation in peacekeeping missions worldwide, Petra added.