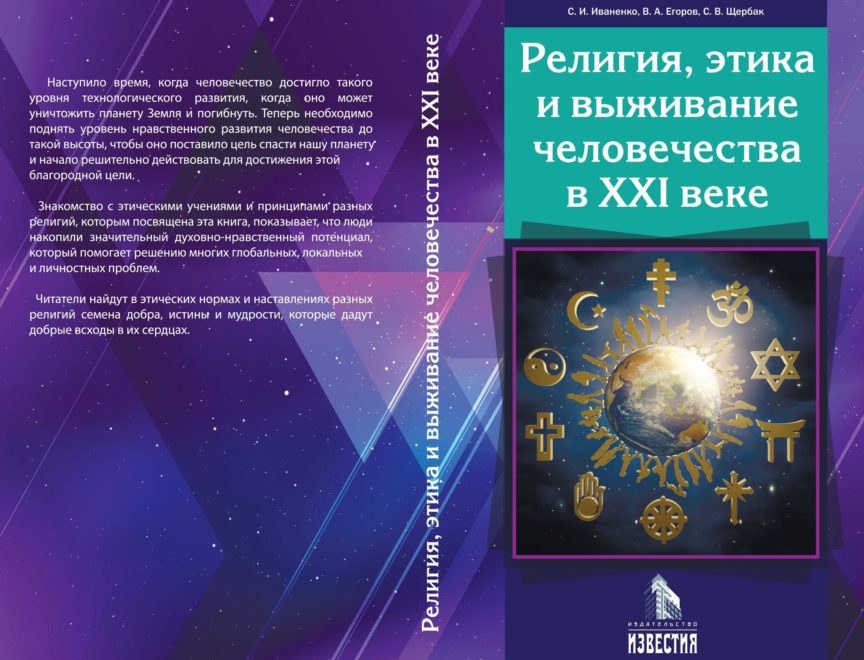 Country: Russia
City: Saint-Petersburg
Religion. ethics and human survival in the 21st century January 30, 2020, at 16.00 will be the presentation of the collective monograph “Religion. Ethics and the survival of mankind in the 21st century ”(Izvestia Publishing House, 2019). The monograph is a popular science work that addresses religious ethics in a variety of religious forms in modern Russia. The book reveals the moral foundations of Judaism, Christianity, Islam. The moral ideals common to traditional religions are shown, as well as the special, specific features of these moral teachings. The ethical values ​​of traditional and new religions are compared, which are presented in the monograph by such new religious trends for Russia as Mormonism, the so-called "alternative" Orthodoxy, the Society for Krishna Consciousness (Vaishnavism), Scientology. The responsible editor and author of most of the text is Sergey Igorevich Ivanenko, Doctor of Philosophy, religious scholar, author of 19 books. The team of authors includes Vladimir Alexandrovich Egorov, senior lecturer at the Russian Christian Humanitarian Academy, president of the St. Petersburg Center for Religious Studies; Buddhism specialist Sergey Viktorovich Shcherbak and others. An analysis of the moral teachings of different religions convinces us that almost every “living” religion that resonates in the souls of modern people can offer its followers answers to the global challenges of our time, make a more or less significant contribution to the survival of mankind in the 21st century. The presentation is dedicated to the World Week of Harmonious Interfaith Relations, which is celebrated in the first week of February of each year under the auspices of the UN.