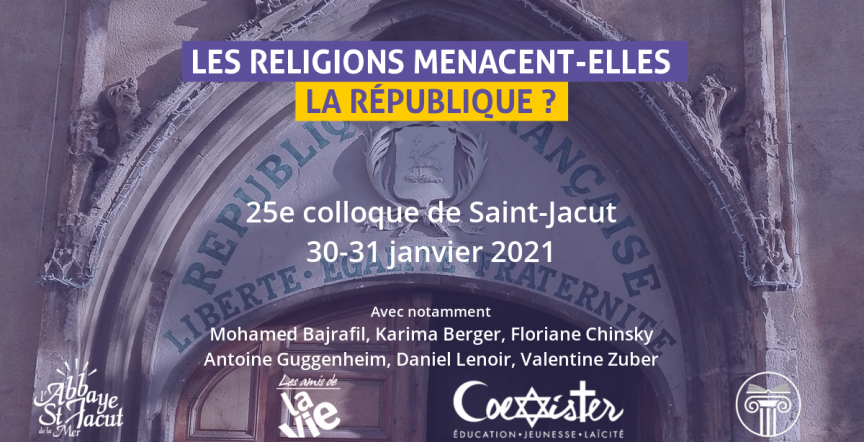 Do religions threaten the French republic?

How not to separate from each other.

We must recognize it, in actual French society, religions do not only have bad press. They are scary. Causes of conflict and violence for some, sources of obscurantism for others, they represent an obstacle to social cohesion for many and a threat to our public security. Religions institutions are not the only ones involved. Indeed, spirituality can itself appear as an anachronism, a sort of vestige of the past, which no longer weight much facing the merchandisation of the world and the demands of the consumer society.

What counts today is to be first and foremost a "non-labelled" citizen. For some militants of a falsified secularism, secularism must no longer be satisfied with ensuring the neutrality of the state, it must neutralize individuals in their differences and singularities. The diversity of religious convictions can still exist, but under the condition that it remains in the intimate, the private, the hidden, as a shameful thing to keep to oneself.

Finally, are our religious or spiritual diversities an obstacle to the social cohesion of our country, a threat to our freedoms? Or can they be an opportunity? What role could a well-understood secularism play in enabling everyone, believer or not, religious or atheist, to contribute to building a more united society? Other models are possible or desirable, so... how to make society?

Coexister is an independent youth movement, initiated by young people and for young people from 15 to 35 years-old. Youth is both the fuel and the drive of our movement, a chance for those who want to act without waiting to grow old. It is more than ever necessary to offer a space where they can express themselves fully and freely. Recognized of public interest, Coexister now gathers more than 2,500 members, including 350 volunteers holding responsibilities in about 50 local chapters in France, Belgium, Switzerland, Germany, and the United Kingdom. Our workshops in schools and universities have allowed us to meet 120,000 youngsters, and sensitize them to secularism, freedom of thought and freedom of expression.