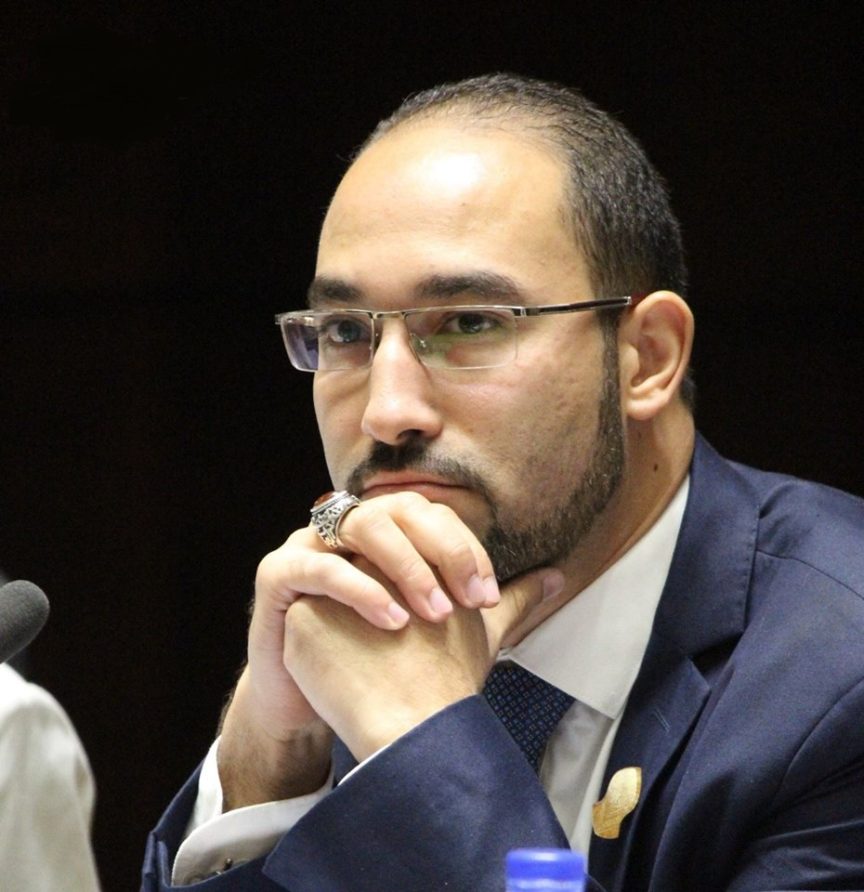 Celebrating Diversity: Snapshots from The Prophet Muhammad's constitution for harmony in Medina By: Hani Dawah Deputy Media Advisor to the Grand Mufti Of Egypt With the emergence of waves of stereotypes against Islam and Muslims in the post 9/11 world, it has become incumbent upon Muslims to take action by showing the world that Islam is a pluralistic religion that celebrates diversity. The best practice towards obliterating these negative stereotypes is through dialogue. Dialogue is necessary to learn, socialize and accept people of other faiths and to realize that our differences and disagreements are not to be feared, rejected, or stamped out. God the Almighty wants us to use our differences to learn about ourselves, others, and truth. God the Almighty says in the Quran, “O mankind, indeed We have created you from male and female and made you peoples and tribes that you may know one another” (Quran 49:13). “And if your Lord had willed, He could have made mankind one community; but they will not cease to differ” (Qur’an 11:118). The Prophet Muhammad (peace and blessings be upon him) established love, tolerance and coexistence in his words, “Verily, gentleness never accompanies anything without enhancing it and is never removed from anything without tainting it" [Muslim]. Throughout his life, the Prophet (peace and blessings be upon him) maintained gentleness and tolerance in his actions. The teachings of Islam were revealed to promote peace, love and coexistence among humanity. On this subject, nothing would be greater than the constitution of Medina that attests to the religion’s essence of tolerance, diversity and coexistence among nations. The pact of Medina drafted by the Prophet (peace and blessings be upon him) following his migration is historically considered one of the most important constitutional documents in the world to establish human rights such as citizenship, diversity and coexistence regardless of faith, ethnic, gender or colour differences. The Demographic Nature of Medina When Muslims migrated to Medina, they moved to a multi-faith and multi-cultural society. The Jews and Christians—original inhabitants of Medina, continued to live there even after the advent of Islam along with some polytheists. The Prophet (peace and blessings be upon him) did not call for expelling people of other faiths or limit their freedom by imposing certain restrictions. Rather, he treated all people equally on the grounds of their humanity and rights as citizens. It was enacted from the first year of Hijrah (622 CE). The treaty stipulated a city-state in Medina, allowing wide autonomy to communities. The constitution established the principle of respecting “diversity” and renouncing “disagreements”. The Prophet (peace and blessings be upon him) admitted the freedom of faith and inter-religious relations: “The Jews shall maintain their own religion and the Muslims shall maintain theirs" (Constitution of Medina). The constitution admitted diversity and citizenship with regards to the rights and duties, “Those Jews who follow the believers will be helped and will be treated with equality. (Social, legal and economic equality is promised to all loyal citizens of the State).” “This document will not (be employed to) protect one who is unjust or commits a crime (against other parties of the Pact).” The books of Sunnah are replete with examples on coexistence in multi-faith communities as established by the Prophet of Islam. This includes for instance, the Prophet’s visit to his Jewish servant in his death bed; the Prophet stood up when the funeral of a Jewish man passed by; his trade transactions with non-Muslims to the point that the Prophet died when his shield was on mortgage with a Jewish man. The four Rightly Guided Caliphs and the noble Companions of the Prophet following his death imitated his example concerning treating people of other faiths. The best example to show respect to people of other faiths is the conquer of Jerusalem at the time of the second Rightly Guided Caliph Umar ibn al-Khattab (may God be pleased with him). When Umar ibn al-Khattab arrived to Jerusalem, the Pope received and accompanied him in a tour around the holy city until he entered al-Qiyammah church. When it was the time for prayer, ‘Umar said to the Pope, “I want to offer the prayer.” The Pope allowed him to pray where he was standing in the heart of the church. However, Umar did not pray in that location fearing that the following generations of Muslims might imitate his action and consider it their right to control the church. ‘Umar went out and offered his prayer on the stairs at the church’s gate instead. After he was done with his prayer, he wrote a decree in which he commanded Muslims not to offer the prayer or raise the call to prayer (Adhan) inside the church. He was keen to preserve the house of worship of the people of other faiths. (Book of history by Ibn Khaldun) Love, peace and coexistence among the people of other faiths does not mean to completely dissolve in the society and lose one’s identity. Rather, it means to seek a common ground for human principles, follow and work accordingly as stated in the constitution of Medina, “The contracting parties are bound to help one another against any attack on Yathrib (Medina). If they are called to cease hostilities and to enter into peace, they shall be bound to do so in the interest of peace” (Constitution of Medina). In the middle of current fierce conflicts all over the globe, it becomes necessary to help one another and to cooperate to promote peace on social, economic and political levels. This will consequently allow us the chance to perform one of our many missions of which God the Almighty has created for; populating the Earth and enriching it with life and civilization.