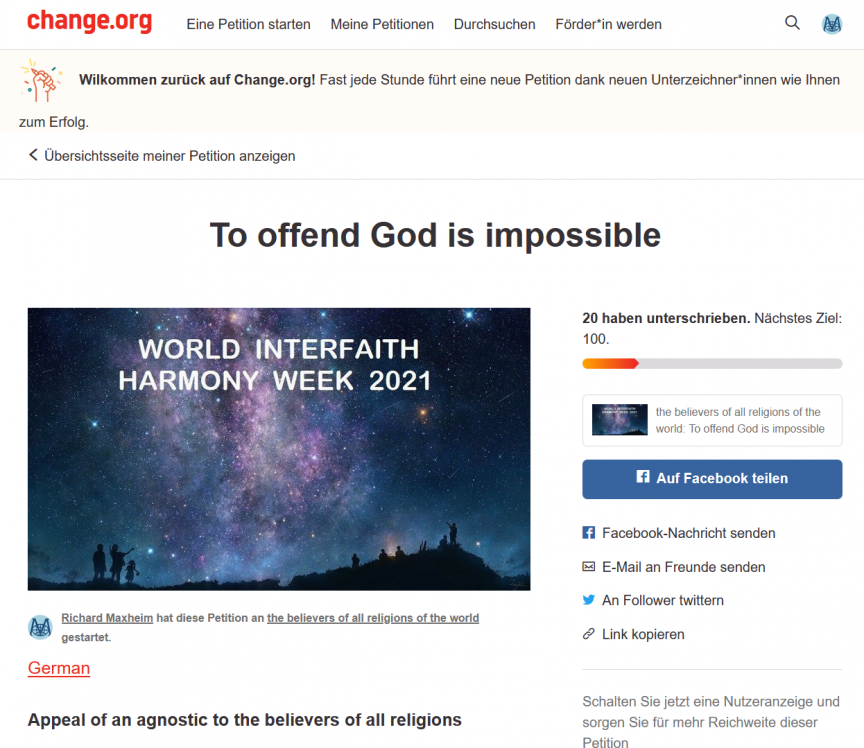 We are a small group of world citizens with different spiritual backgrounds. As citizens of the world we are committed to world peace and a better future for humanity. We are concerned that religion can still be misused to create disharmony, aversion, enmity and hatred between people. We had originally planned to hold a public event to this end, but it will most likely not be possible due to the Covid 19 pandemic. That is why we decided to spread something on the internet through social media. We want to publish an appeal to the believers of all religions of the world by 30 January 2021, in which we would like to draw their attention to the fact that it is actually impossible for a human being to offend God. The same may apply to his prophets, holy books, objects and places, as well as spiritual leaders and believers in the exercise of their faith and religious traditions. Therefore we consider violent reactions to such supposed insults, which sometimes even lead to death and destruction, to be completely unnecessary and contrary to the meaning of religion. We believe that we have thus found an urgently needed solution for an unproblematic coexistence in pluralistic societies. The freedom of belief guaranteed by the state and the legal protection of the free and unhindered practice of religion remain unaffected.