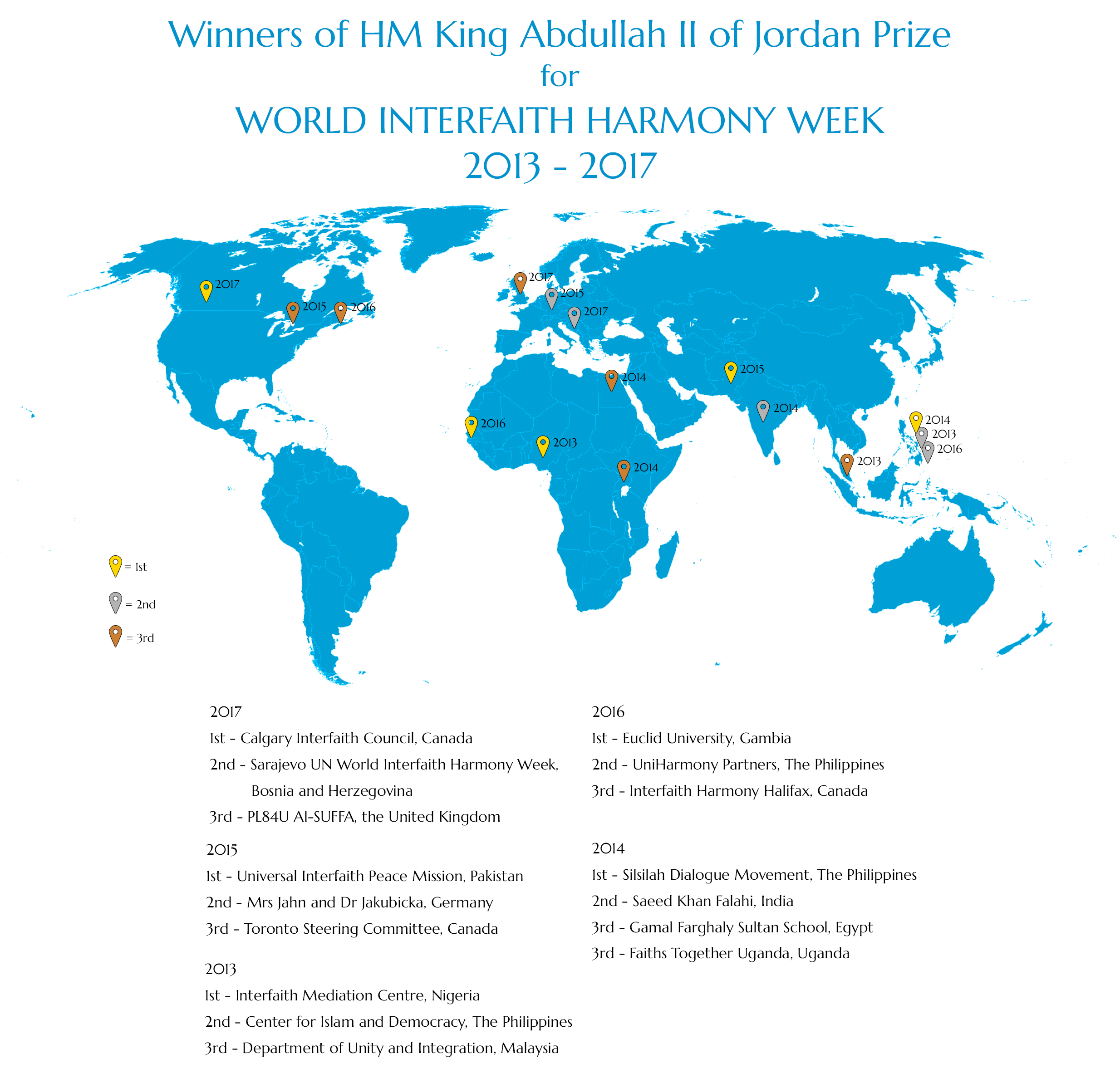 H.M. King Abdullah II of Jordan is the official sponsor of the World Interfaith Harmony Week prizes.There are three WIHW Prizes in total. A prize will be given to each of the three best events or texts organized in honour of the UN WIHW which best promote the goals of the WIHW. For the purposes of the Prize, we will accept events held any time from the last week of January to the first week of March.

The prizes will be:

The prizes will be awarded to those events or texts that are judged to have been most successful in promoting interfaith harmony, and impacting religious understanding.

The Judges for the WIHW Prize:

To be considered for the prize, entries must submit the following:

The prize-giving ceremony will be held in Jordan (flights and accommodation will be provided).