As part of activities to mark the 2022 world international inter-faith week, a Kaduna based Pastor, Yohanna Buru, has called on Nigerians to promote inter-religious tolerance as a panacea for peace.
Pastor Buru made the call on Friday when he led a campaign of Christians and Muslims in Kaduna to mark the 2022 world international inter-faith week. Worried by the cold relationship between the two religions with telling effects on the wellbeing of the country,
Buru stressed the need for Christians and Muslims to unite and fight the common enemy which is insecurity bedeviling Nigeria, especially the northern part. Pastor Buru said “it is important for us as Nigerians to tolerate and accommodate each other irrespective of tribe and religion.
There is also need for us to bring to an end the daily battles and conflict affecting agriculture and economic sector of the region”. The General Overseer disclosed that as his own contribution to positive development in the country,
he said he has mobilized 100,000 Christian and Muslims Clerics with traditional believers on social network to support the country through prayers. Thus therefore, the Christian cleric appealed to marketers to “cut down the prices of food items to enable the poor among us have access to food at affordable prices”.
Link: https://newdiplomatng.com/kaduna-pastor-advocates-for/
Link: https://newdiplomatng.com/kaduna-pastor-advocates-for/ 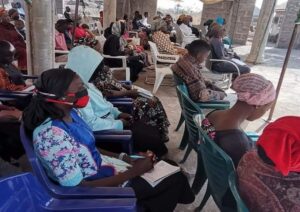