Jamia Markaz Calicut is one of the prime institutions in India known widely for its social concern and universal significance. The institution primarily, a cluster of educational bodies from Montessori level to graduations and beyond, gives out every year fruits of sweetness and social commitments to the society. It has been appreciated and proved all around without any regards. Its continuous and relentless effort in the unification of the different and varied groups of the vast society is notable. From providing education to providing shelters, its activities include relief aids, opportunity provisions, health aids and many more. What makes these activities significant is the Markaz’s nature of inclusiveness of all communities of various faiths, beliefs and cultures. For Markaz, world peace, harmony and humanity are on the forefront. Markaz has a luminous history of continuous and constant efforts in social development and unification those resulting in peace, harmony and fraternity disregarding differences of all kinds. To count, the volunteering service at the perils of the flood-affected devastated lands of Kerala, the interference and provision of education and other facilities at the downtrodden and rotten slums of the very vast India, Markaz has been holding the flag of harmony and peacekeeping throughout its journey irrespective of faith, culture, practices or belief. As like every year’s celebration of The World Interfaith Harmony Week in the first week of February at various institutions, this year Markaz decided to celebrate and hoist the message of the harmony week at a wider level and to educate message of Interfaith Harmony Week widely. And the exceptional program was named MAGNAM MONTAGE 2020, The Mega Markaz Assembly. To pledge its solidarity with the World Interfaith Harmony, Jamia Markaz, conducted a grand students assembly on 26th February 2020 at Calicut, Kerala as the conclusion for the month-long campaign at various institutions of Markaz. Markaz from the past eight years has been celebrating The World Interfaith Harmony Week every year at its institution with special programs that significantly held the theme internationally ever year. This year too despite tight schedules and the proposed board exams and other entrance examinations and tests, Markaz never failed its ritual of expressing the world its will and the importance of celebration of such an essential proposal at a vast level. Celebrating it in a special and modular way Markaz sets an example for everyone else like always. The first week of February witnessed assemblies about The World Interfaith Harmony week educating the students who are deemed to be tomorrow’s world makers, the importance and significance of its conducting in such serious manner. The celebration at the main campus and office of Jamia Markaz at Karanthur of Calicut district of the southern state of Kerala in India witnessed a grand assembly. Thousands of students of different religions and faiths from around 50 institutions and disciplines of Markaz under Sheikh Abubakr Ahmad, the Grand Mufti of India and Chancellor of Markaz, along with teachers and officials of key protocols also lined up in "Magnam Montage 2020". The gathering at various institutions combined in the gathering of over 25,000 students. This gathering was special in numerous ways despite its enormous size. It included students, teachers and preachers of different age groups, faith and cultures all attired on their ways showed enthusiasm in participation. They unequelly upheld the theme of the gathering of tolerance and Interfaith Harmony. ‘Dialogue Towards Harmony’, was the central content and theme of the gathering. It is noteworthy that the participants belong to 22 states of the country, exhibiting the diverse culture and tradition of India. Sheikh Abubakr Ahmad addressed the gathering emphasizing the need to uphold fraternity disregarding communal boundaries, faiths and diversities in cultures. He also explained the significance of fraternity that can result in world peace and harmony keeping in an exemplified manner keeping social aspects and ongoing. He also cleared that human is first and then their limitations and boundaries, and called for a worldwide peace and harmony keeping. He also received a pledge from everyone, assuring of practising peace, harmony, co-existence and tolerance in their personal and social life. All of them shall take an oath of being ambassadors of Inter-Faith Harmony in the pluralistic social order of the world. Rev. Father Anoop Thomas, the priest at sent Thomas Church, Kunnamangalam and Shri. Swami Thachoth Gopalan, a regionally revered Hindu theologist and preacher, delivered the oath of the gathering that was uttered alongside other religious preachers and social figures. The oath on all means emphasized the importance and significance of not tolerating violence of any kinds, restoring peace and communal harmony and importantly fighting terrorism alike of any kind. Abhilash of standard 7 from Markaz Public School, had a word of encouragement stating his happiness in getting an opportunity among all and the happiness of being gathered like it, he also added that when he came from a Hindu family with a Tilak/Nama in his forehead he shared his lunch box with Shafeeq a Muslim brother in the same bench and that was the value thought by Markaz to him and his fellow beings. Joseph of XII grade had a great smile and thanked for this lovely atmosphere where neither cross nor caps separated them rather they enjoyed freedom and consideration alike. Fathima of IX grade thanked Markaz for giving her the best among her friends Shobha and Clara who recently had a feast at her home together. With various other religious leaders, preachers of different faiths, preachers, teachers and students the assembly was an exemplary gathering that called for world peace and harmony keeping that was observed by Jamia Markaz Calicut in appreciation with the UN’s World Interfaith Harmony Week. Unlike usual interfaith work in general that are being observed at usual, this event was a special recognition of the UN’s World Interfaith Harmony Week. --
News Link: https://www.manoramaonline.com/district-news/kozhikode/2020/03/04/kozhikode-kunnamangalom-marcus-pleadge.html
News Link: https://markazlive.com/markaz-conducted-grand-assembly-2020/ 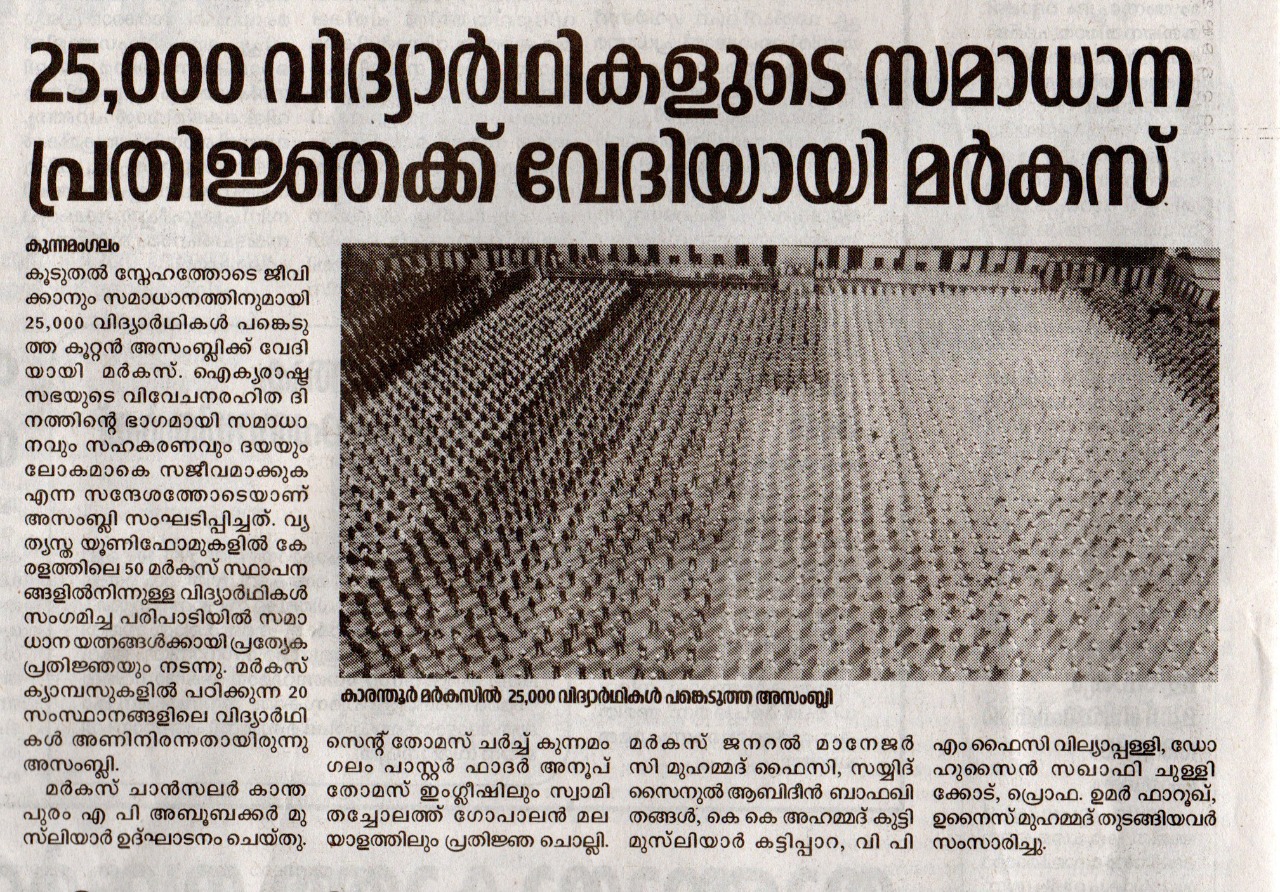 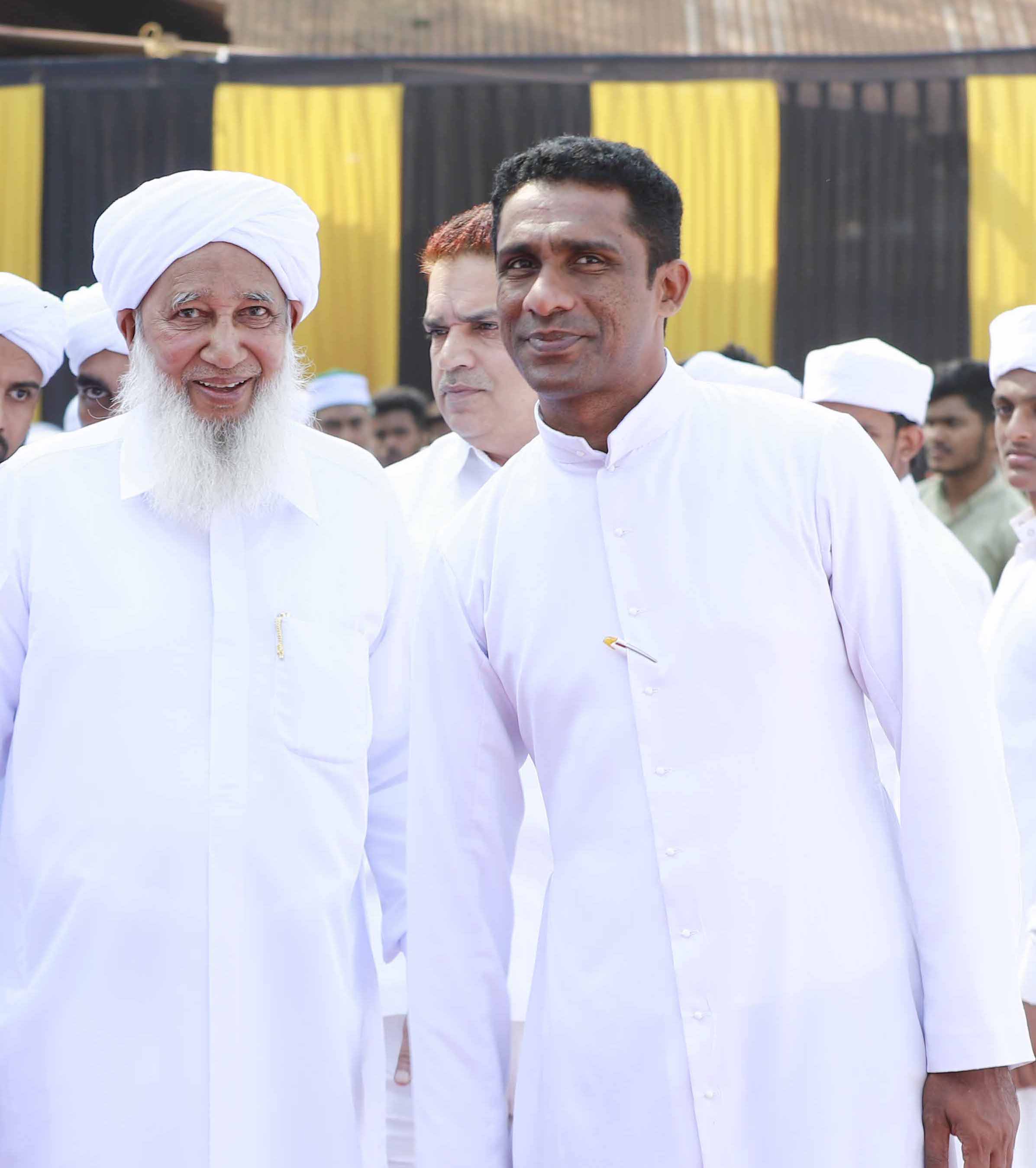 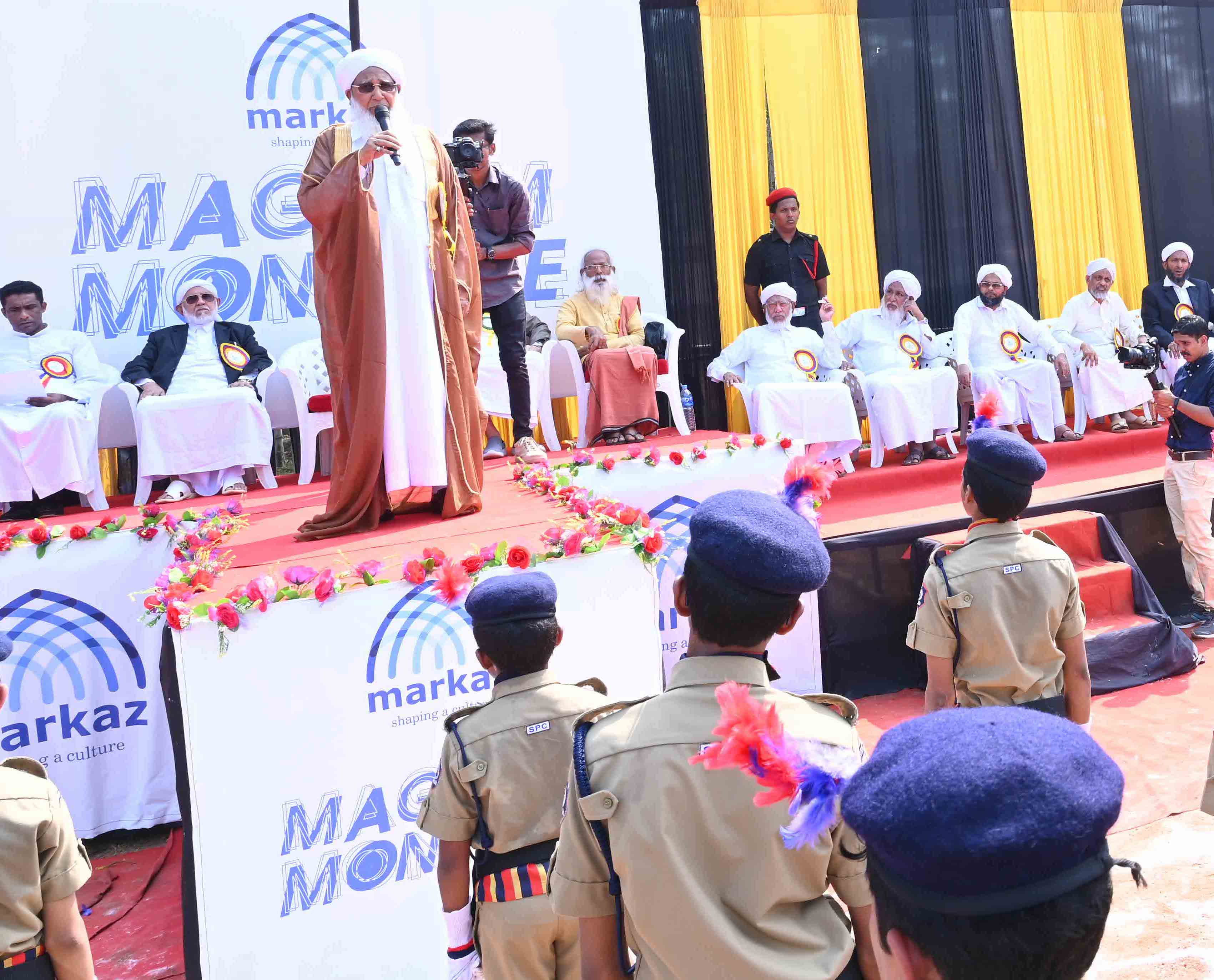 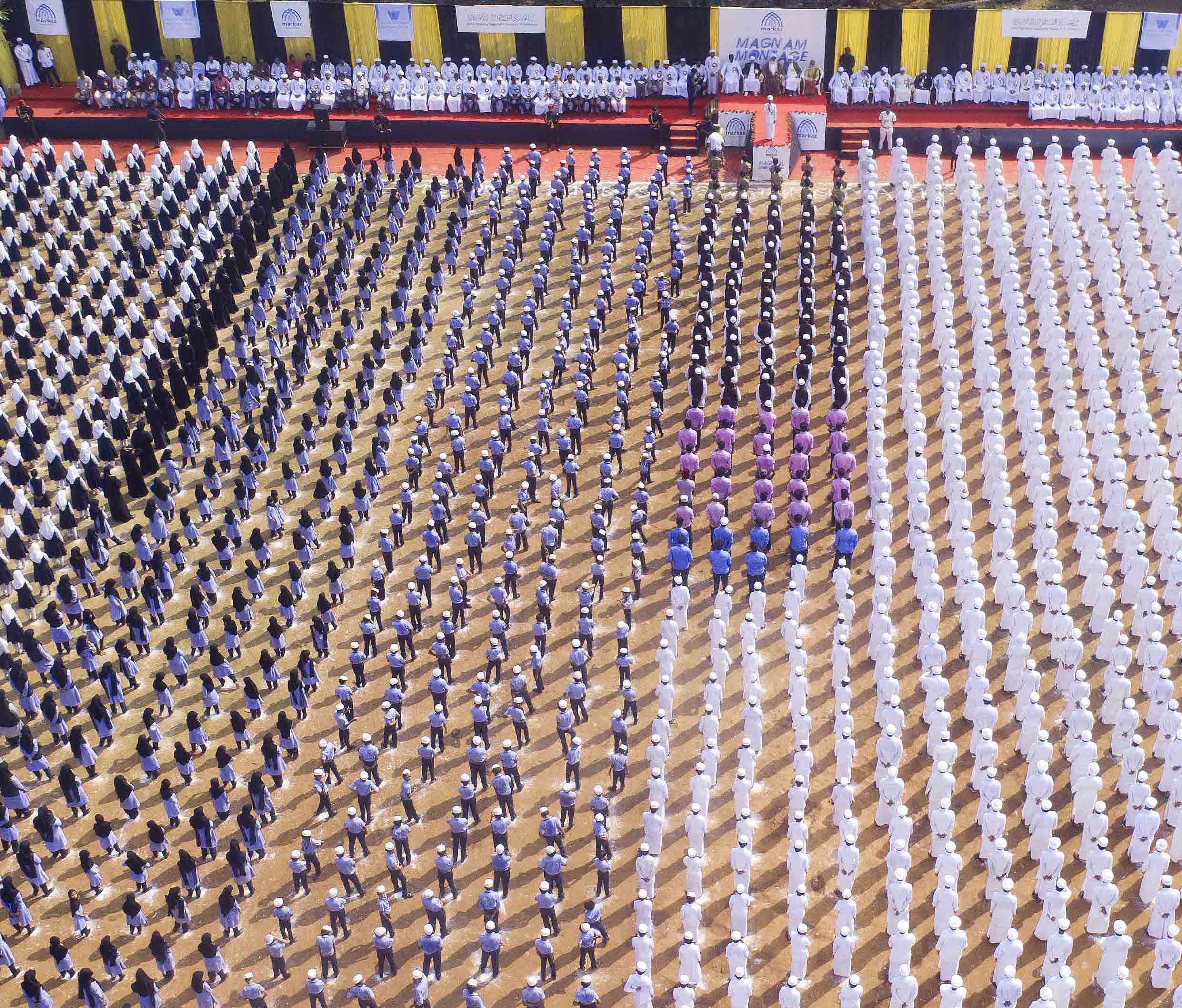 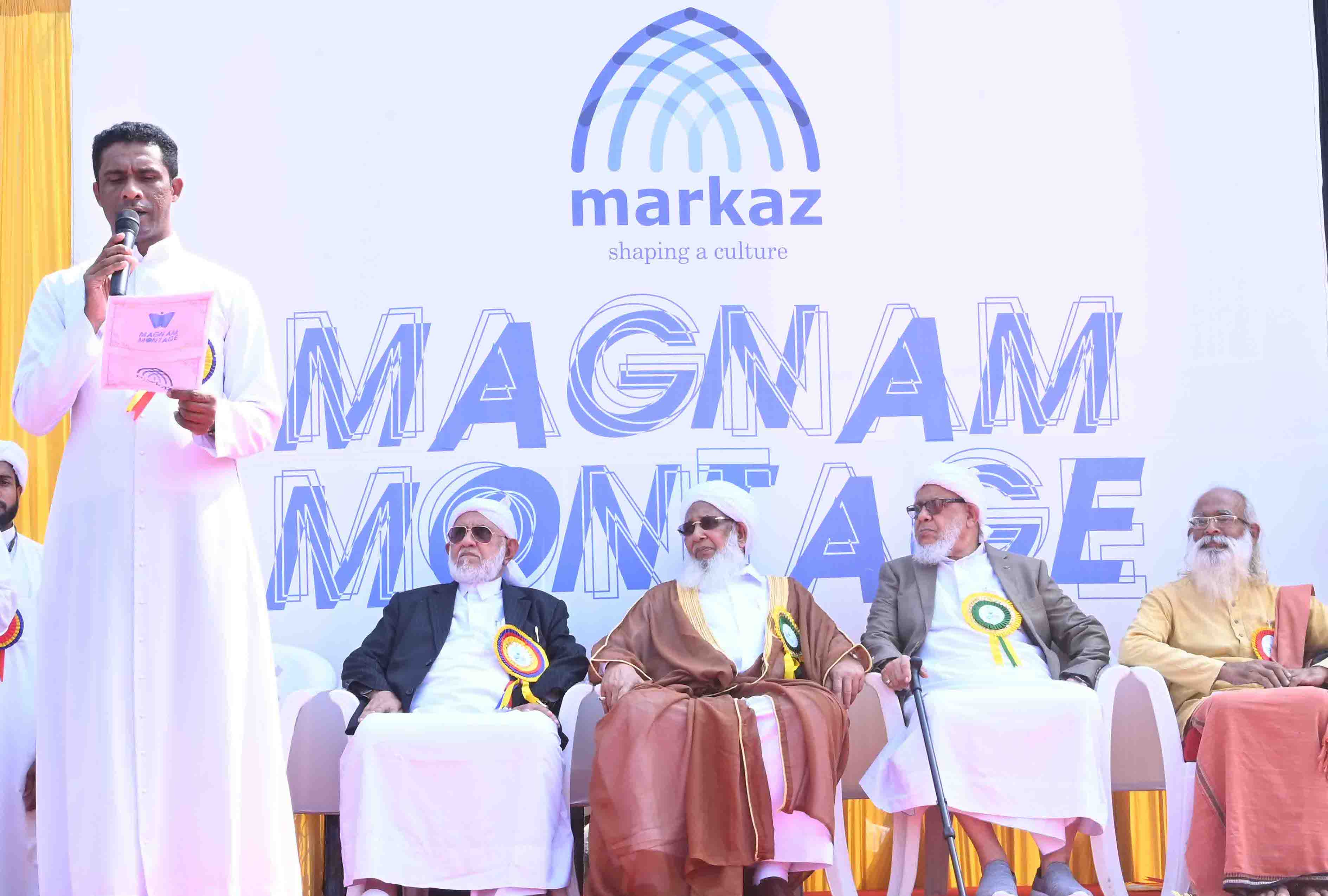 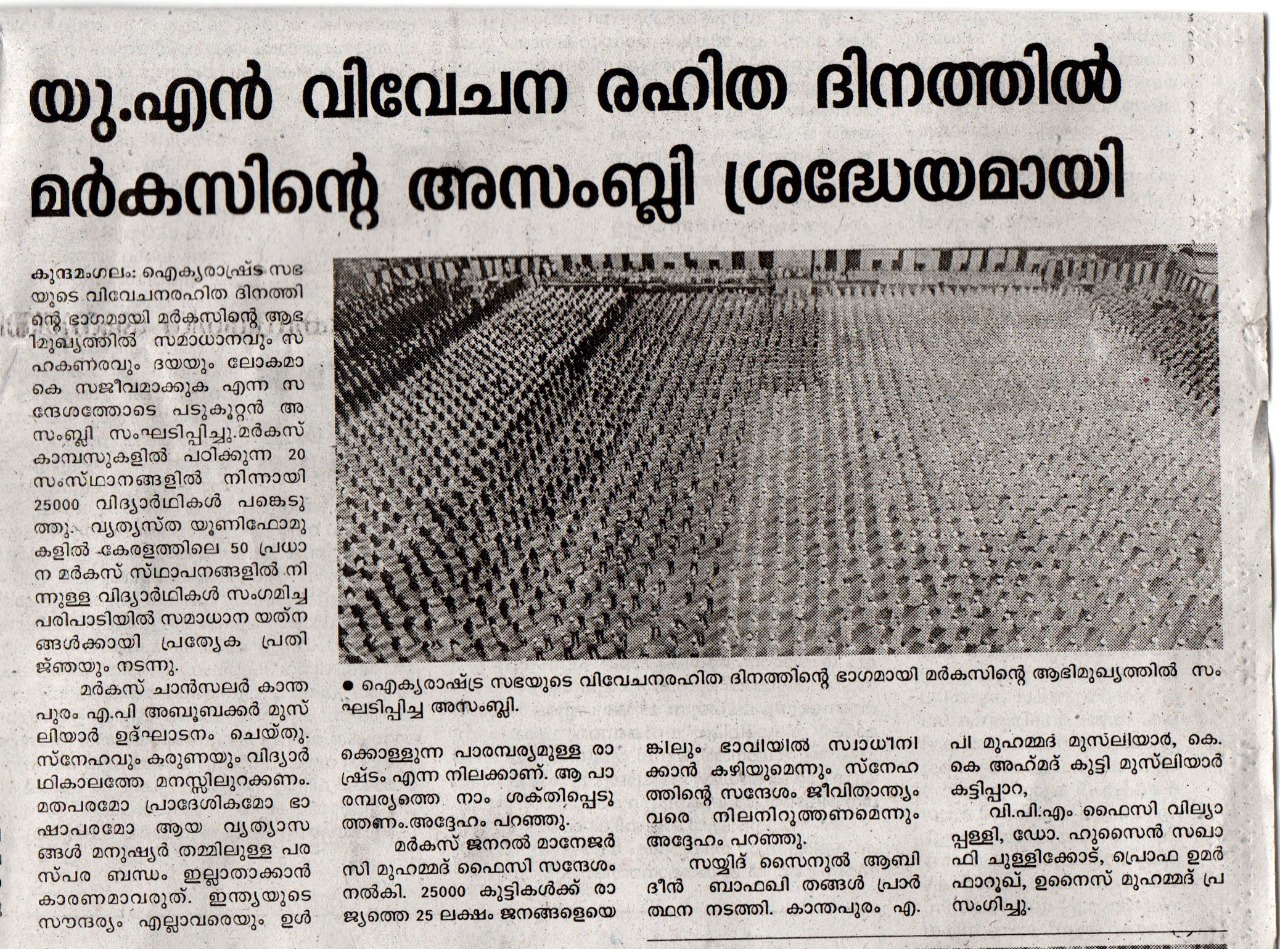 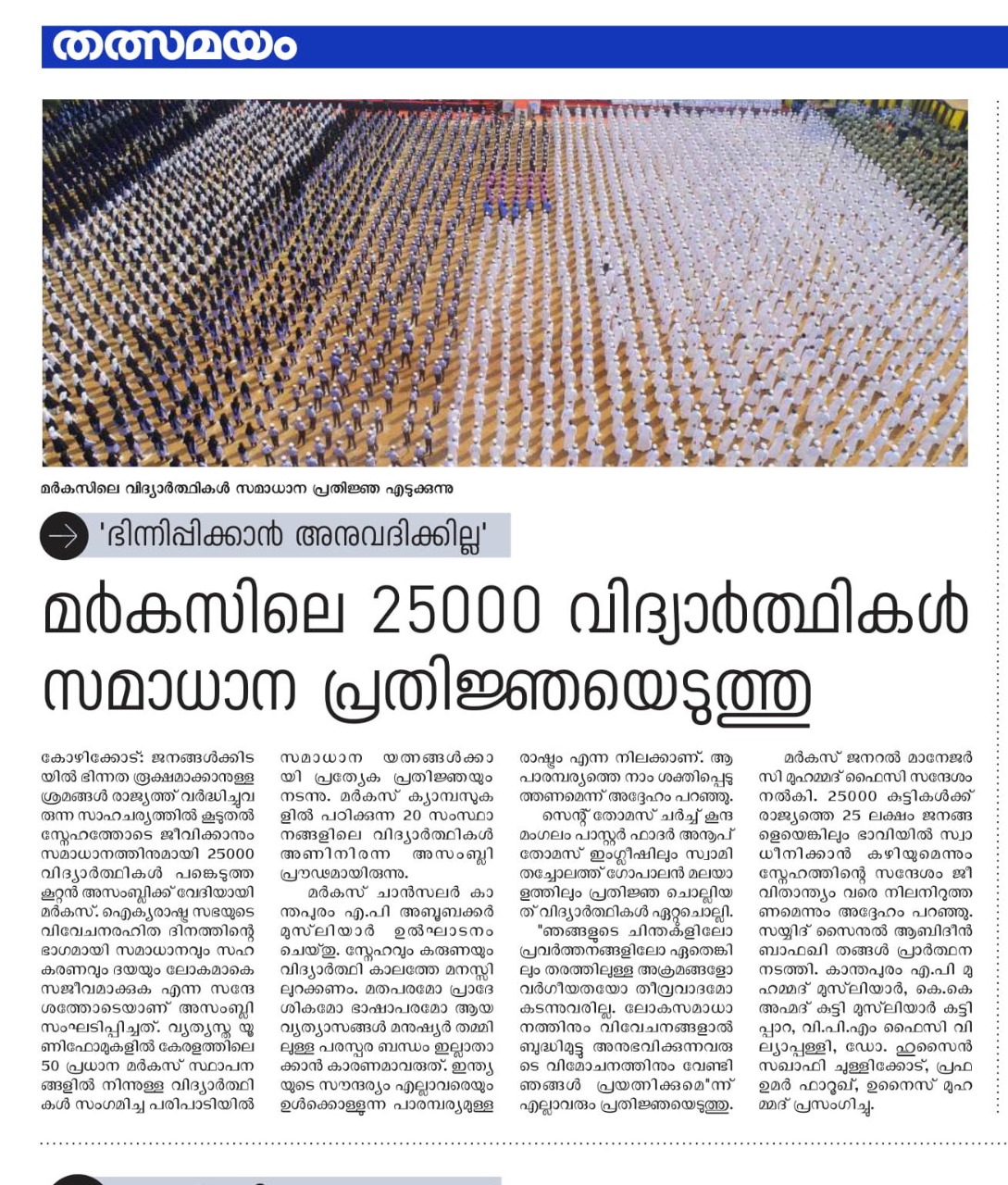