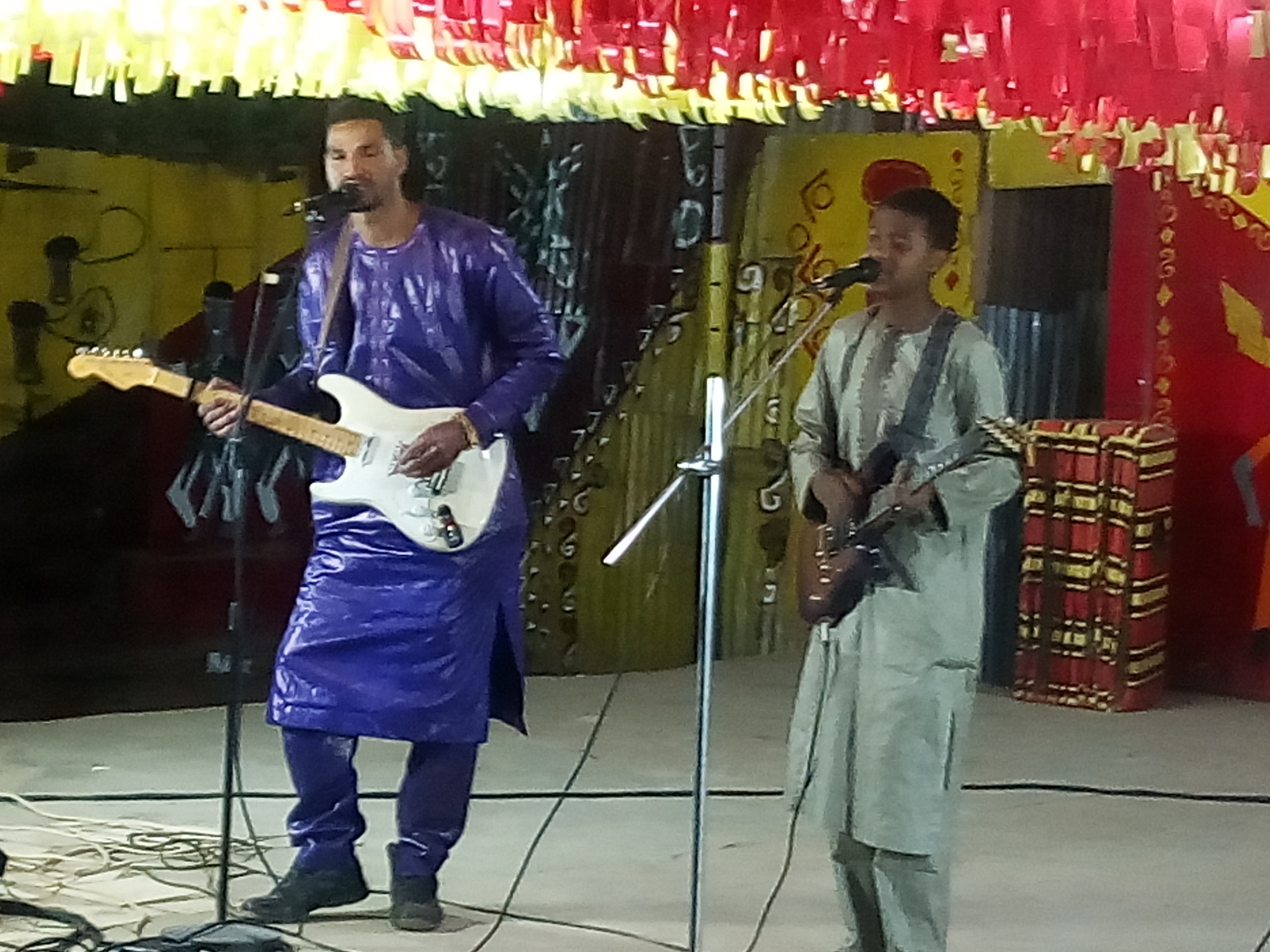 The  live-Guitar -musical  concert was the first of its kind in the entire northern part of Nigeria and it was aimed at promoting peaceful co-existence ,religious tolerance, better understanding among different faith base organization in the country .
The kaduna state North-western Nigeria Peace- guitar -concert  has brought together over one thousand  youth, local traditional musicians  and guitarist  from various communities , and it’s a call for  peaceful resolution of conflicts in the region.
Pastor yohanna buru the general overseer of the Christ evangelical intercessory fellowship chuch sabon tasha kaduna says, the interfaith week provide an opportunity for them to bring all faith-base organization to come together ,dialogue ,interact ,communicate and preach the words of peace through music.
He made the disclosure in a remark at the ground ceremony to mark the international interfaith Week and harmony, held in kaduna According to him, the World International Interfaith Week declared by the United Nations, UN, which usually starts every first week of February (1st to 7th), promotes interreligious and intercultural dialogue, understanding and cooperation for peace and unity, irrespective of the differences in tribe, race, religion, ethnicity, colour, and continent.
This is the  8th times,they are organizing interfaith week in Nigeria with the sole purposed of spreading the message of unity among differents faith base organization.
Various artist from African neighboring countries and America showcase their talent at the event. The all night -live -musical event which took place at Ibrahim Mohammed Gashash theatre at ‘yan Doya kaduna central market  has enabled young and old musicians perform beautiful peace songs of unity and harmony
“The theme of the event  is “Melody for  peace, Harmony  and Togetherness”
He note that Guitar Music help by giving people the sense of the good that can come from working well together, trusting and supporting one another in reaching a goal,  adding also that it promote personal healing and facilitate the restoration of relationships through allowing expression in a non-threatening manner.
Buru said, Music is very often used in order to promote peaceful solutions and to simply connect people. In the conflict transformation, music can sometimes be that highly needed bridge between a shared past and reconciliation. It brings people together allowing them to understand their own view of reality as well as the experiences of other group.
He said, The combination of the right lyrics, rhythm and instruments can build a group identity, stir strong emotions, engage audiences and amass people to take action toward promote peace and unity and This makes music the perfect partner for social change.
The Christian cleric note that, Music is an important part of popular culture, it entertains us, and so it is a great platform for discussions on social issues. Concerts are particularly effective because artists have the opportunity to address large crowds.
Various artist from African neighboring countries and America showcase their talent at the event The theme of the event  is “Melody for Harmony, peace and Togetherness” This creative venture contributed towards tackling cultural bridges between peoples of different faith base organization and provide ways of promoting reconciliation .
The week is part of efforts to strengthen inter- and intra-religious relationship toward preventing and countering violent extremism and promoting peace building, reconciliation and conflict transformation, which is part of events of the ceremony worldwide,” he said, stressing that, “We must remember that we are one family under God.”
He remarked that, annually, his team usually plan many activities, which would help in taking the campaign to various places during the week, and this time it includes organizing a football match among different communities, taking the campaign to rural dwellers, mosques, churches and other places.
Also speaking, the founder of tranquility movement, Ibrahim Gashash, sincerely commended pastor Buru for organising the one week event, to bring Muslims and Christians together for peace, through cultural performance and display.
According to him, pastor Buru has been organizing same event during Christmas and new year to bring Christian and Muslims together for good harmonious relationship in the state. Usman gashah one of the performance said , His personal experience of violent conflict in his home country moved him to use music to send a positive message to young people.
Through his songs, his international performances, and his work with his own foundation and other initiatives, he raises awareness of the power and importance of peace building. “taking part in the program gave me a much better understanding of the importance of using art in easing the implementation of social changes.
It once again assured me that artists have a much more important role in society than just entertaining.” Meanwhile,
A representative of the disabled people Rilwanu A, who exalted pastor Buru's foursight said as people with disability, peace is synonymous to peace saying they are ready to support anyone on peace mission because of their vulnerability and men of peace.
He commented pastor Buru initiative, saying every good Muslims has high respect and regard for prophet Isa ie Jesus Christ.
The concert showcased both local and international musicians and marriage drama, involving Hausa, Gbagyi and igbo culture.
PIMAN national president, imams and pastors attended the concert as well as an international guitar expert, young female and female artists among other people.
News Link: http://africanclimatereporter.com/2020/02/06/nigerian-pastor-organize-international-live-guitar-concert-for-interfaith-week-harmony/?fbclid=IwAR219ajKsdUjH0C2mfdpgvdUanfHDokD9kDyuKJXtQlGBd_VT0mlBYLiHxo
News Link: http://africanclimatereporter.com/2020/02/06/nigerian-pastor-organize-international-live-guitar-concert-for-interfaith-week-harmony/?fbclid=IwAR219ajKsdUjH0C2mfdpgvdUanfHDokD9kDyuKJXtQlGBd_VT0mlBYLiHxo
News Link: https://consciencetriumphs.org.ng/2020/01/31/kaduna-clerics-flag-off-world-interfaith-week-harmony-campaign/?fbclid=IwAR2uYxAX7dzEhOPv2GOwGGugEeE3thkNiHC7Gt3e7OE_efsAcVc2TyzwHYQ 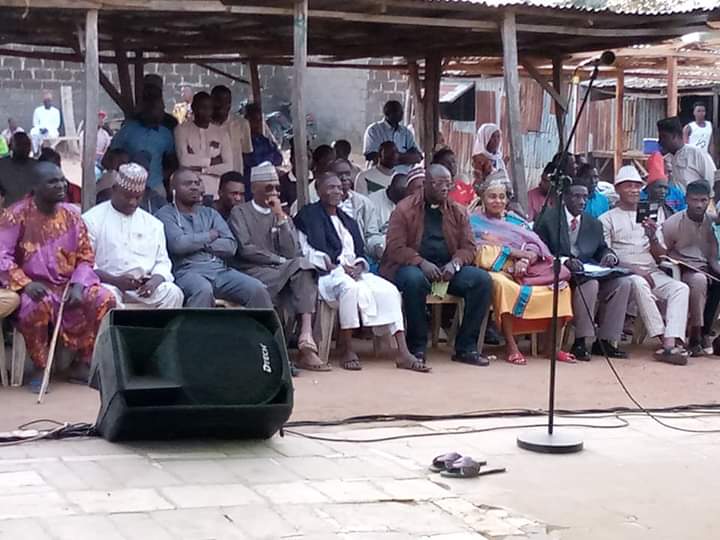