Walk for peace beyond borders

By Ali Ahmad VIENNA, February 04, 2020 – What is your coping strategy when your loved ones die? What are you going to do when you suffer and see death at your doorsteps? There are different ways to overcome the suffering of losing your loved ones, but Tanausu Herrera developed his own tools to cope with it. Mr. Herrera who described himself as a ‘peace pilgrim’ arrived in Vienna as part of his long walking journey, which started in UK in 2017 and has walked 11,840 kilometers through 19 countries since then. In 2016, some of Herrera’s family members including grandparents and best friends died. In the same year, the crisis of refugee and Brexit took place. There was a sense of ‘separation, division and fear’ all over Europe, explained Mr. Herrera at a ‘Peace Talk’ event organized by Peace Museum Vienna (PMV) on 30 January 2020. A former fashion photographer lived in London for 19 years, Tanausu Herrera started to walk for peace after the terror attack in Manchester in 2017 where 22 people lost their lives. The attack triggered his motivation to walk through Europe and spread the message of love and peace. He said he could not sit still without doing anything. He named his walk “Walk for peace beyond borders.” “I started to hear from politicians who were talking about fear, others, emigrants coming and steal your jobs. I could tell straight away they were lying,” recalled Herrera of 2016. Tanausu Herrera was looking for inner peace to cope against the spread of ‘fear’ and ‘otherization’ in European politics during the so- called ‘refugee crisis’. He searched online to find answers about the spirit of peace and the coping strategies. He found the ‘Peace Pilgrim’ documentary. “That documentary hammered me and that is how my walk came about,” recalled Herrera after watching the documentary in search of peace. Peace Pilgrim was a silver-haired woman who walked for more than 40,000 kilometers on a personal pilgrimage for peace throughout the US. She walked between 1953 and 1981. Peace Pilgrim is a peace hero of Peace Museum Vienna (PMV) and has inspired Tanausu Herrera to walk for peace beyond borders. PMV has posted her picture and biography on one of its walls, behind Vienna’s famous tourist destination, Stephansplatz, where PMV is located. “When enough of us find inner peace, our institutions will become peaceful and there will be no more occasion for war,” are the words of Peace Pilgrim that has inspired millions of people around the world. Mr. Herrera aims to challenge people’s perception about the ‘others’ and ‘refugees’. His objective is also to connect directly with people, learn from them and see how they perceive peace. He said media manipulate people’s stories and politicians use it to spread fear and division for political gains. “My walk is to remind people that we all can contribute to world peace by doing something for peace. That is why I like Peace Museum Vienna question here – „What can you do for peace?” That is the best thing Mr. Herrera can contribute to world peace.
News Link: http://www.peacemuseumvienna.com/walk-for-peace-beyond-borders/
News Link: http://www.diplomaticaspects.eu/human-rights/3125-walk-for-peace-beyond-borders 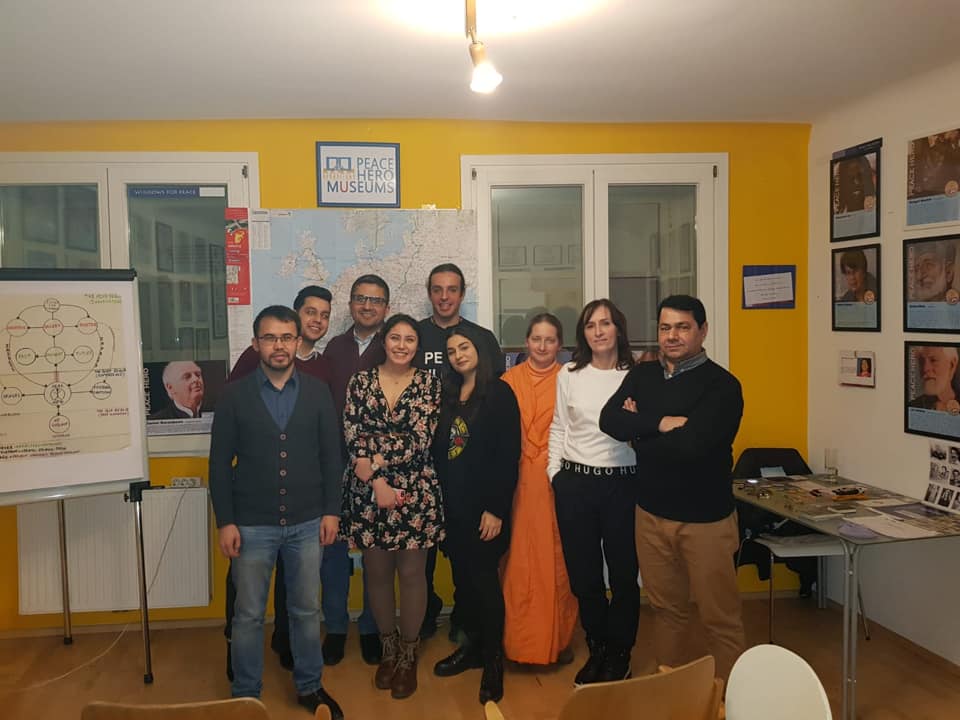