A report prepared by the panel of experts for the steering committee based on the Interim report, six subcommittee reports, the report of the ad hoc subcommittee set up by the steering committee to look into the relationship between the parliament and the provincial councils. The chapters on fundamental rights and freedom, language rights and directive principles of state policy contained in the report are those proposed by the subcommittee on fundamental rights. He pointed out that some people try to raise their concerns only focusing on certain words without looking at the content of the report and the report clearly explained that it proposed only for Sri Lanka to be a Unitary Country but nor for a federal state. National Peace Council of Sri Lanka, in collaboration with Civil Society and Trade Union’s Collective organized this National Symposium to discuss on current political situation in the country especially on proposed new constitution.

It was held on 8 February 2019 at Laxman Kadhirgamar institute of International Studies from 2.00 pm to 7.00 pm. Over 250 people representing civil society and trade unions attended the symposium. Forty eight (48) inter religious leaders including 23 Buddhist monks, 9 Maulavies, 8 Kurukkals and 8 Christian clergy were among the participants. Altogether 92 representatives came from District Inter Religious Committees established by NPC. Other participants represented different sectors such as trade unions and civil society organizations that not working with NPC.

We arranged transport facility only for our DIRC member and other participants came on their own expenses. We expected only 130 participants for this event as seating facility at the hall is only available for 130 people and so that arranged quite a number of extra plastic chairs and other participants more than 50 remained standing until the end of the event because of their interest on the topic discussed. 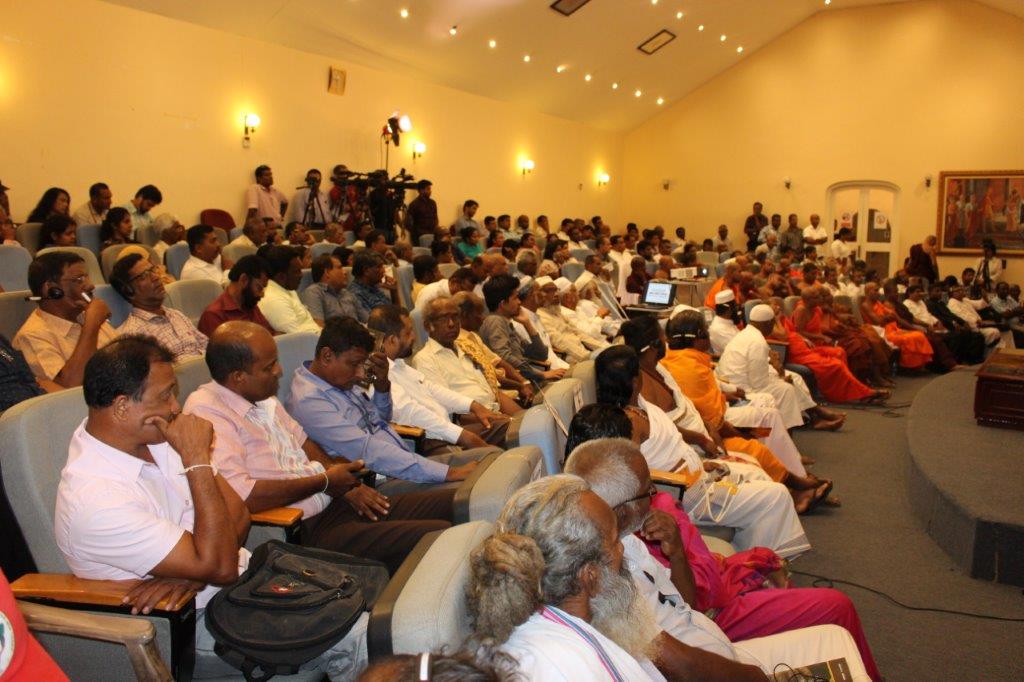 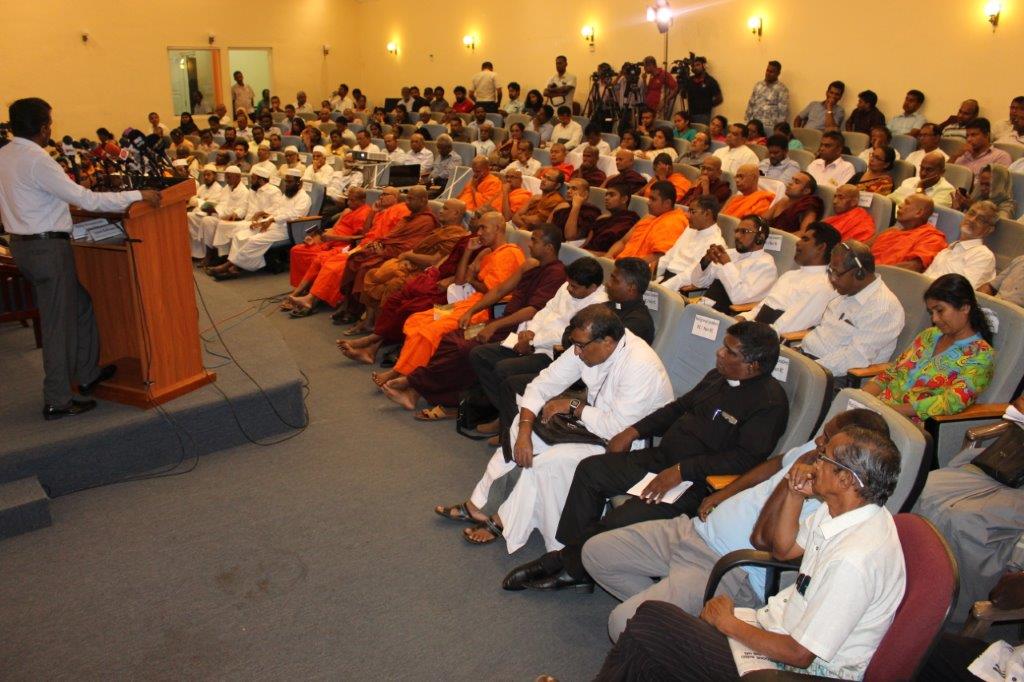 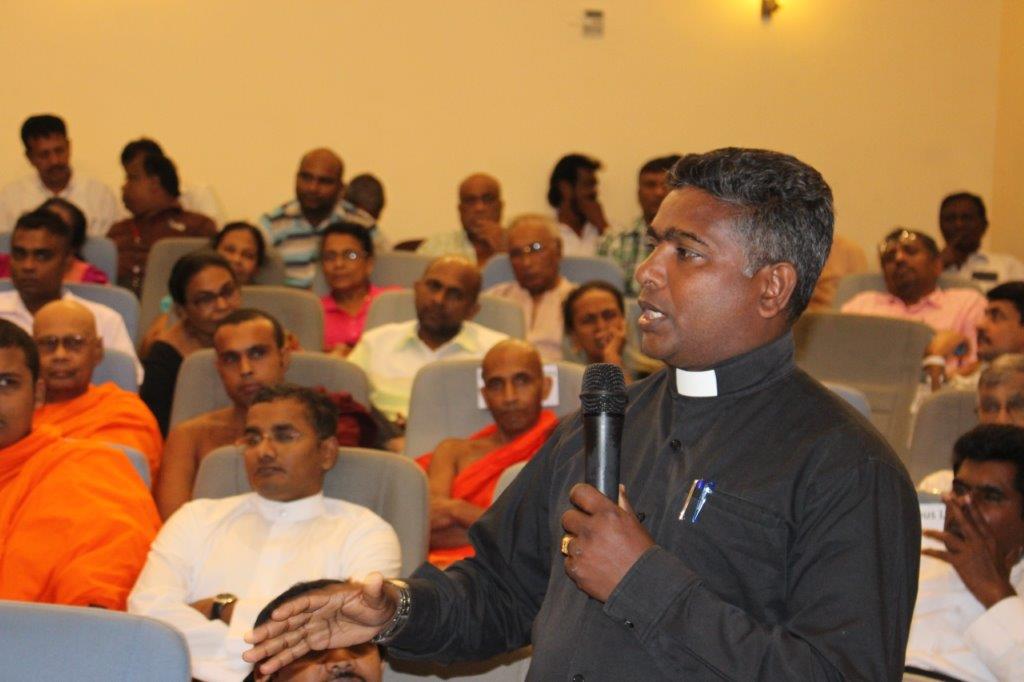 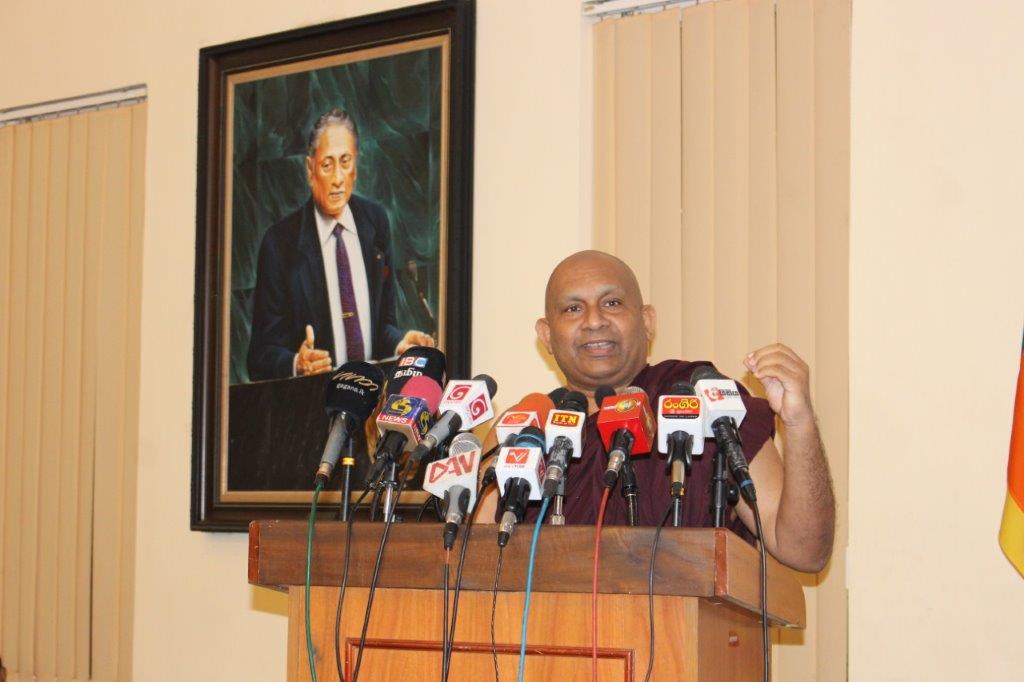 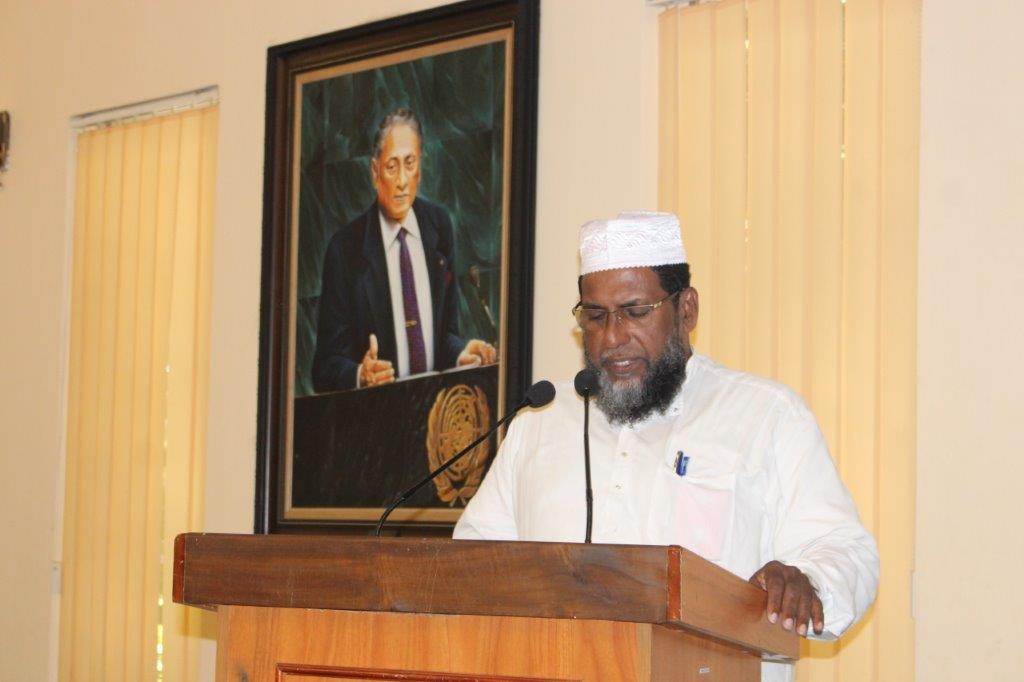 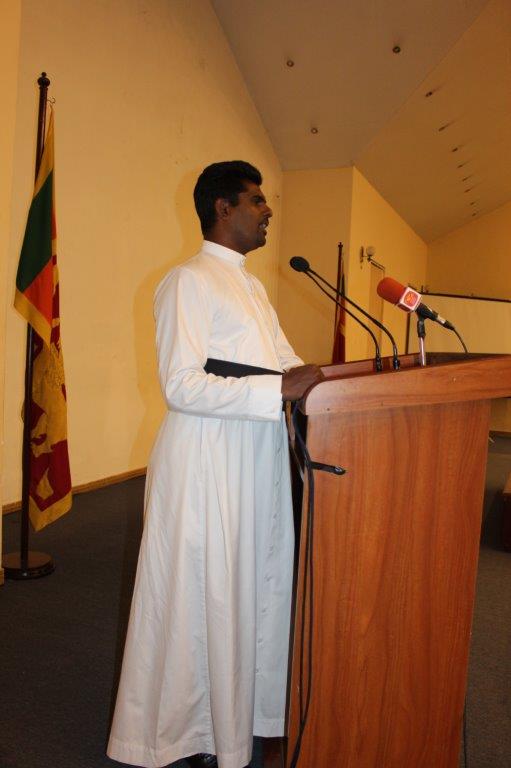