The Abraham Forum for Interfaith and Intercultural Dialogue aims at promoting religious diversity through different kind of activities: some social, some cultural and some artistic ones.   This is why Abraham Forum organised a series of events within the framework of the World Interfaith Harmony Week drawing inspiration from the patriarch Abraham and his hospitality when he received the visit of three strangers.

He welcomed them, fed them, and only when they left he realised that they were angels.   In the evening of February 13th we invited Jewish, Christian and Muslim volunteers to cook together with a group of 30 young refugees and non-accompanied minors living in a social housing project run by the NGO Fundación La Merced Migraciones.   Two Jewish volunteers taught the participants how to cook the traditional Shabbat Challah bread; two Muslim volunteers taught the group how to cook a Turkish beef and potato stew called “Tas Kebabi”, and two Christian volunteers explained how to prepare a traditional Lent dessert called “torrijas”.

Along with the members of Foro Abraham and some social workers, the young refugees and asylum seekers helped the cooks and then all had dinner together in a lively evening that started at 20h with the cooking and finished around 23h.

It was an opportunity for the young newcomers to experience the hospitality of Spanish people, and also to hear about the commonalities of religious traditions in the Jewish, Christian and Muslim faith. It was also an opportunity for the volunteers and Foro Abraham’s friends to interact and hear about the life experiences of the young migrants, most of whom came from West Africa, with some also coming from Palestine and the Middle East. It was not only an interfaith and intercultural dialogue, but also an intergenerational exchange, since some of Abraham Forum’s friends and volunteers are retired Spaniars who offer their time.

In total, there were around 60 participants and they all said that the experience should be repeated.   Since the event took place at the residence of the migrants and for the sake of their privacy and creating a space of trust and friendship, we did not invite the press to this event. 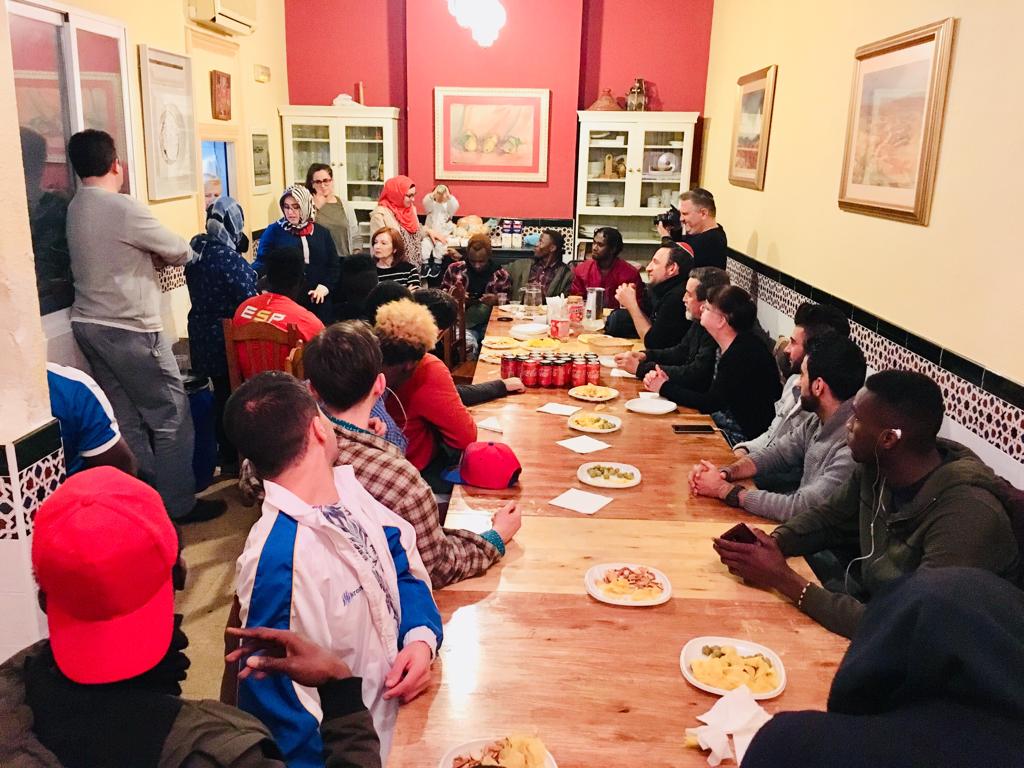 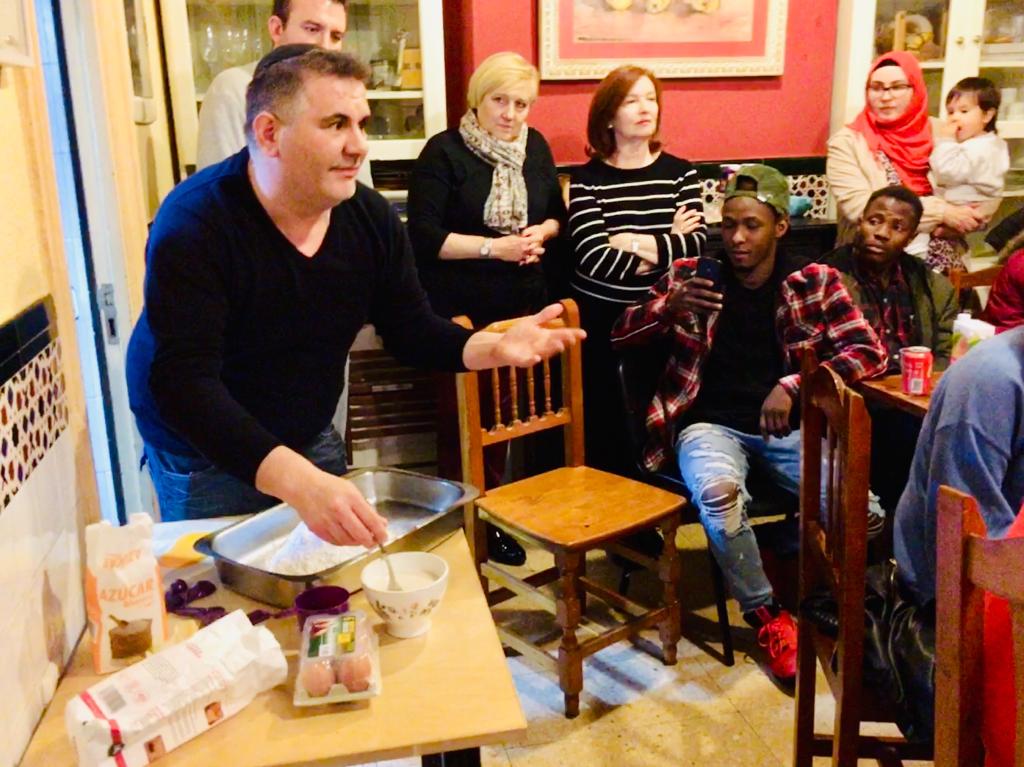 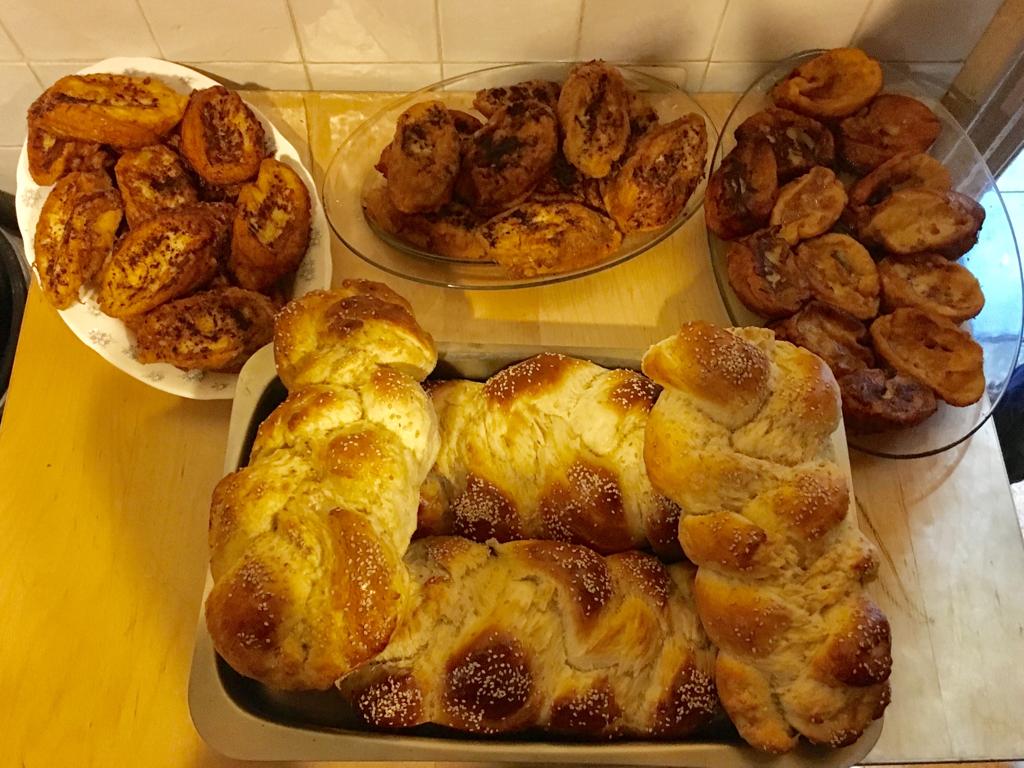 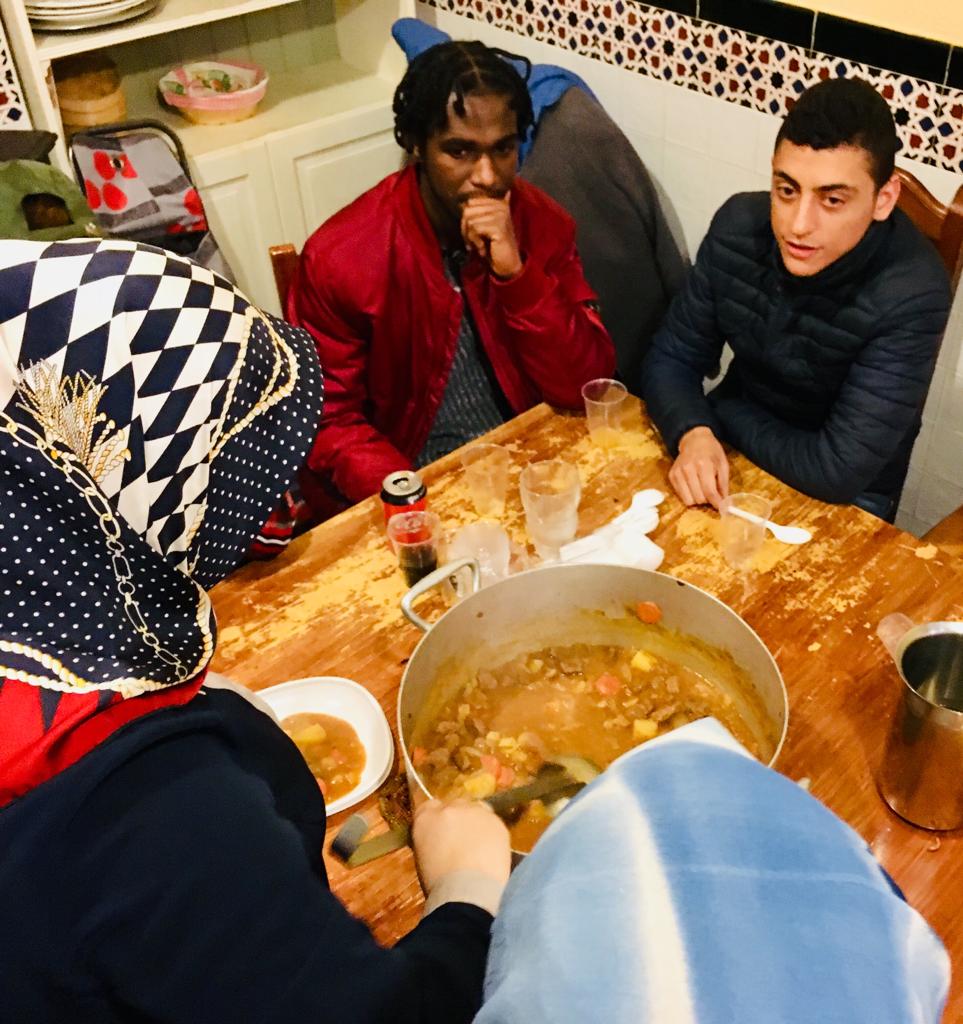 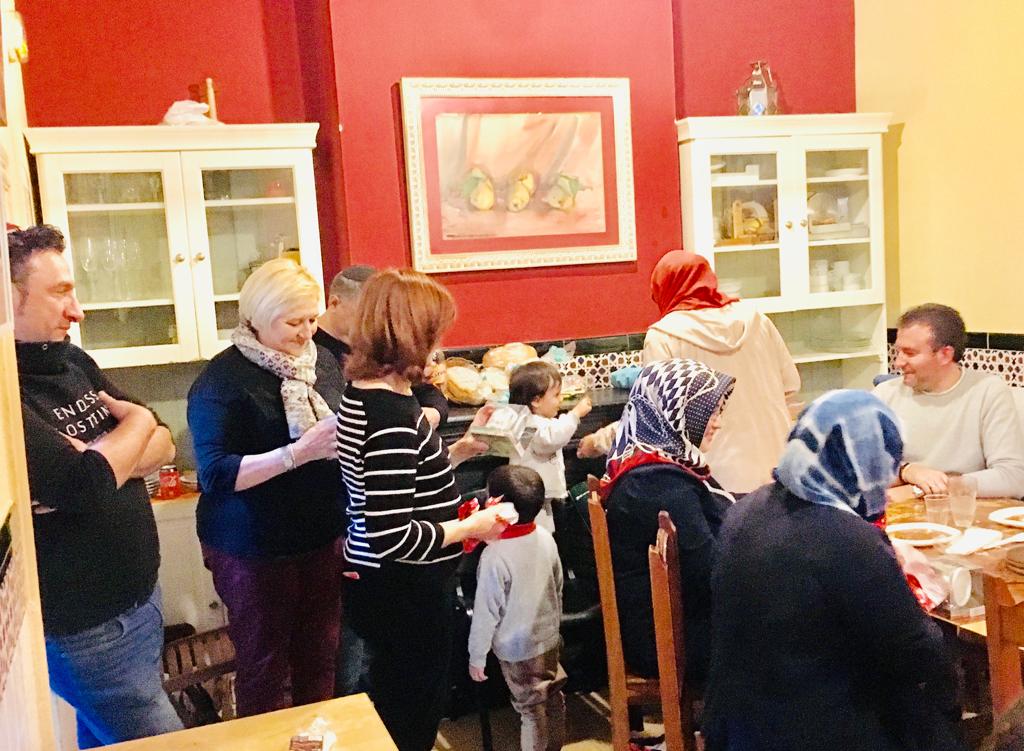 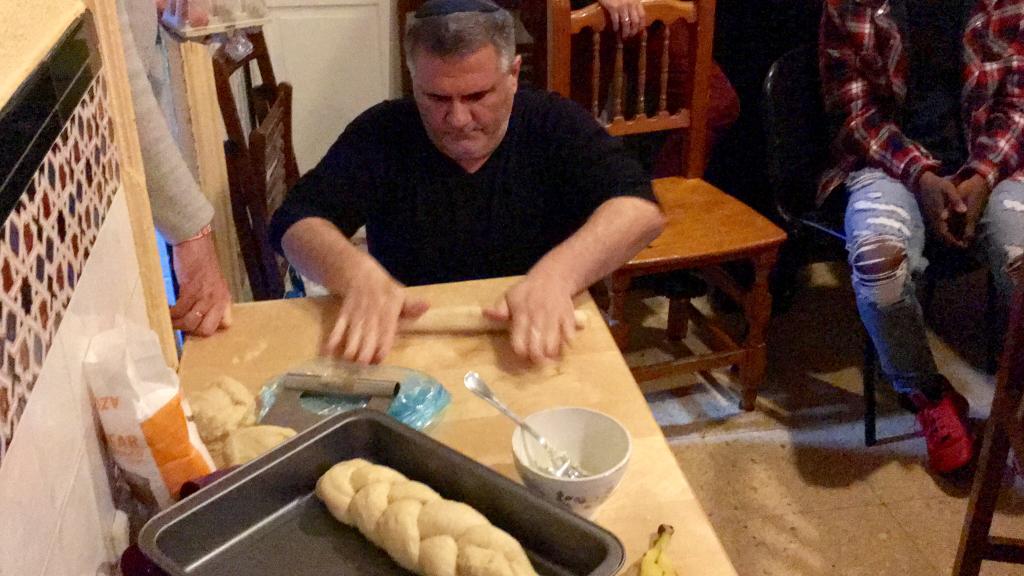 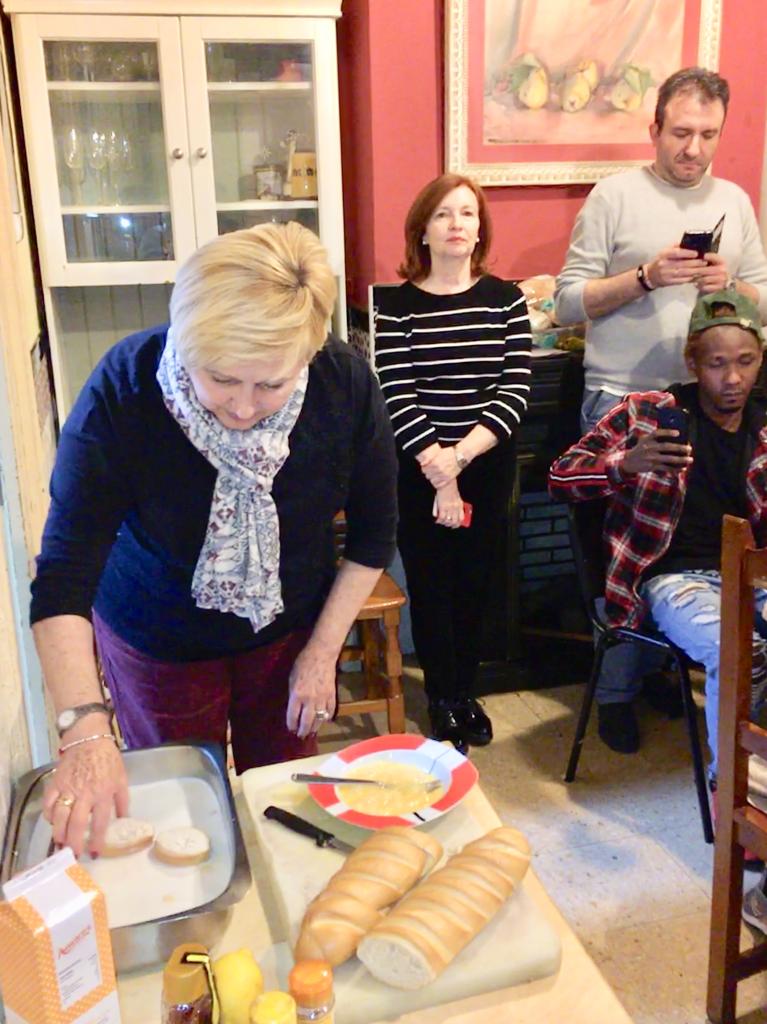 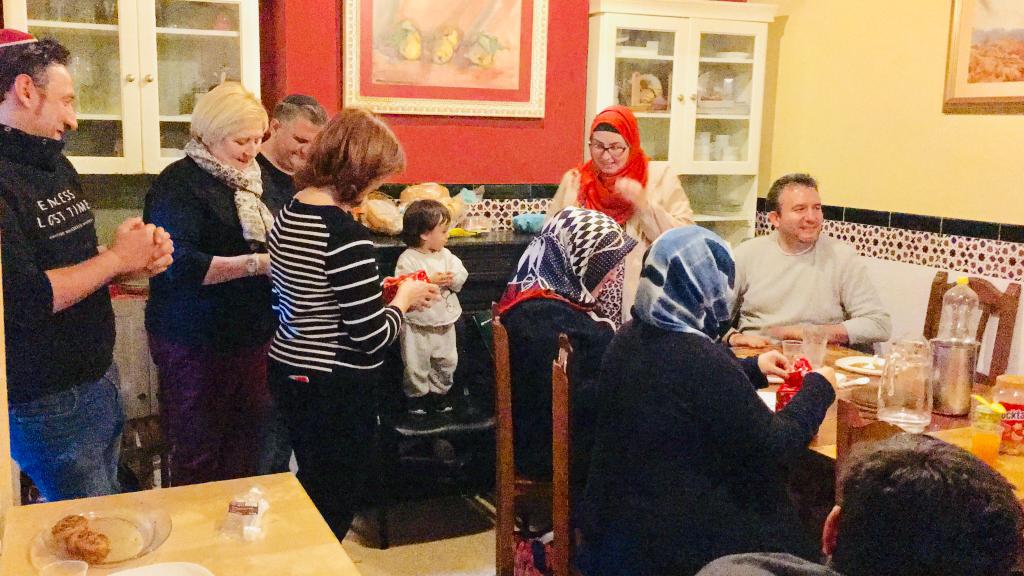 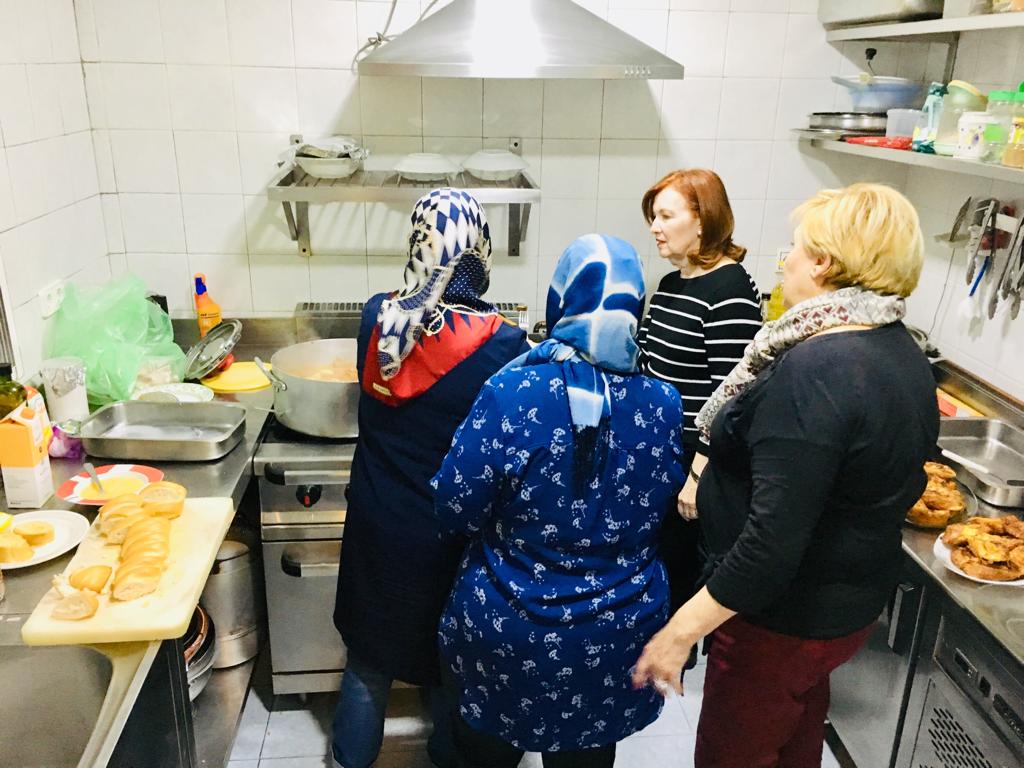