The art of Music unites Religions.

This is our idea and for the second year the Tavolo Interreligioso di Roma oragsnized during the WIHW an evening in a holy space for  sharing music from different cultures and relgions.

In the  Adventist Church in Rome musicians from Jewish, Christian and Muslim comunities played their own musica and after played togheter in a very moving atmosphere of encounter, harmony and beauty. An evening of great music, friendship and warmth shared between different faiths. We started with the DAVKA - Jewish Project  a group of musicians in love with Jewish music and culture with the aim of spreading the knowledge of Jewish culture.

They use  music as a vehicle for a vast amount of ideas, concepts and and obviously sounds of Jewish culture ito give a wider perspective on the various aspect of history, arts, politics and social life of our people. They palyed musica and songs strated from the Mediterranean area to  Eastern Europe (Yddish Musci) . They played a Yiddish song for  the  Shabbat and after them two Christian Advenist Musicians played a sacred Hymn for the Saturday! Alessia Calvagno on piano and Mario Calvagno on vocals continued offering us an historical travel from Sacred hymns wrote by Martin Luther in XVI century to Contemporanean Hymns from Protestant tradition. , crossing centuries and countries with their different sounds.

To conclude Marwam Samer froma islamic culture ( his mother is Tunisian and his father is from Iraq) brought us back with his oud and his wonderful voice to the Mediterranean and Middle Eastern sounds but he was not alone... unexpected guest Peppe Siracusa, a very talented Sicilian guitarist, joined marwan on the stage with his guitar and they palyed together in a Mediterranean harmony to which Maurizio Di Veroli, Davka Project joined with his voice  in a common sound.

A concert of voices, instruments and cultures  : a Living Interfaith Dialogue. Thanks to all and we hope that it will soon start again with other performances of Dialogue! 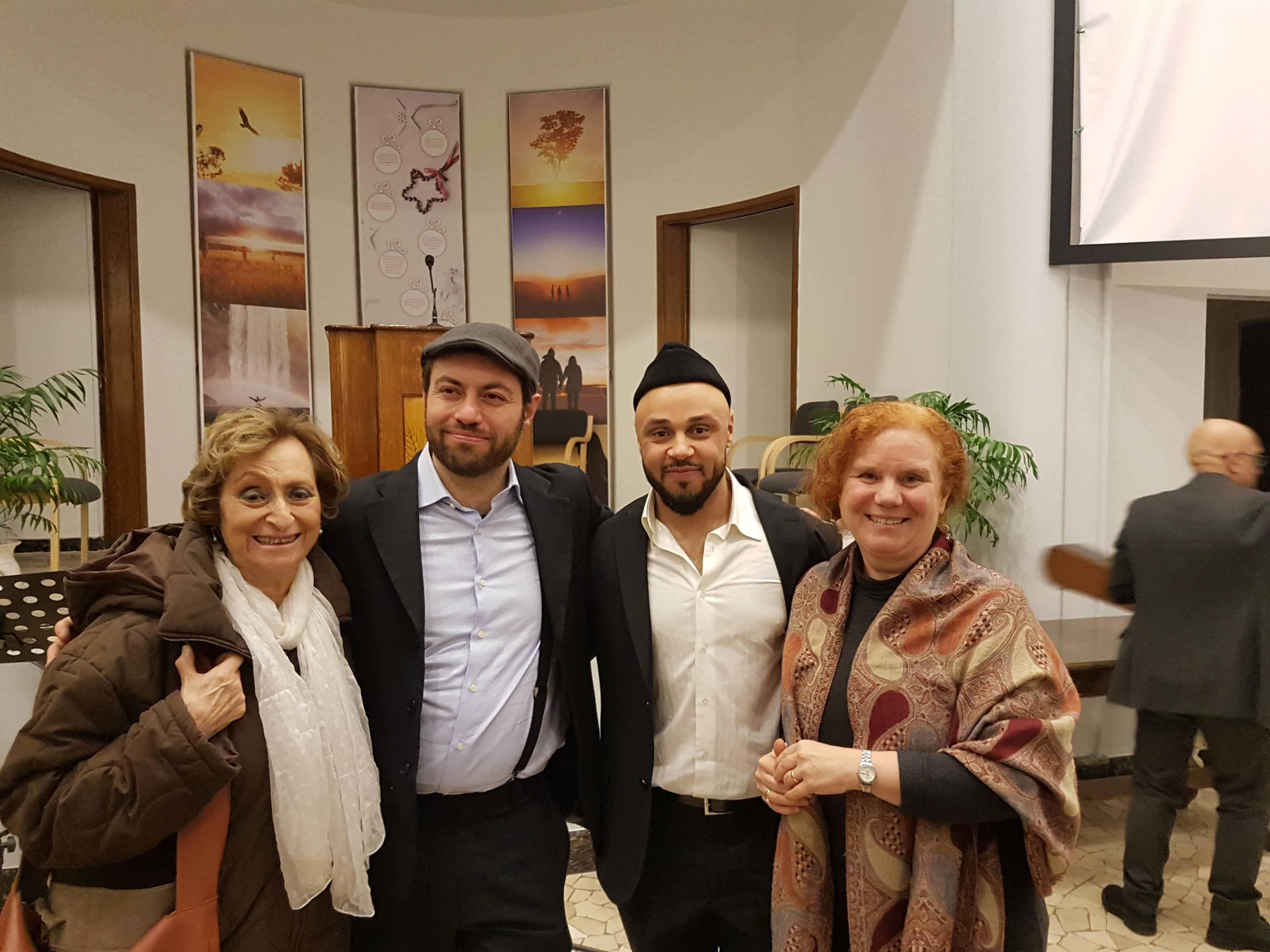 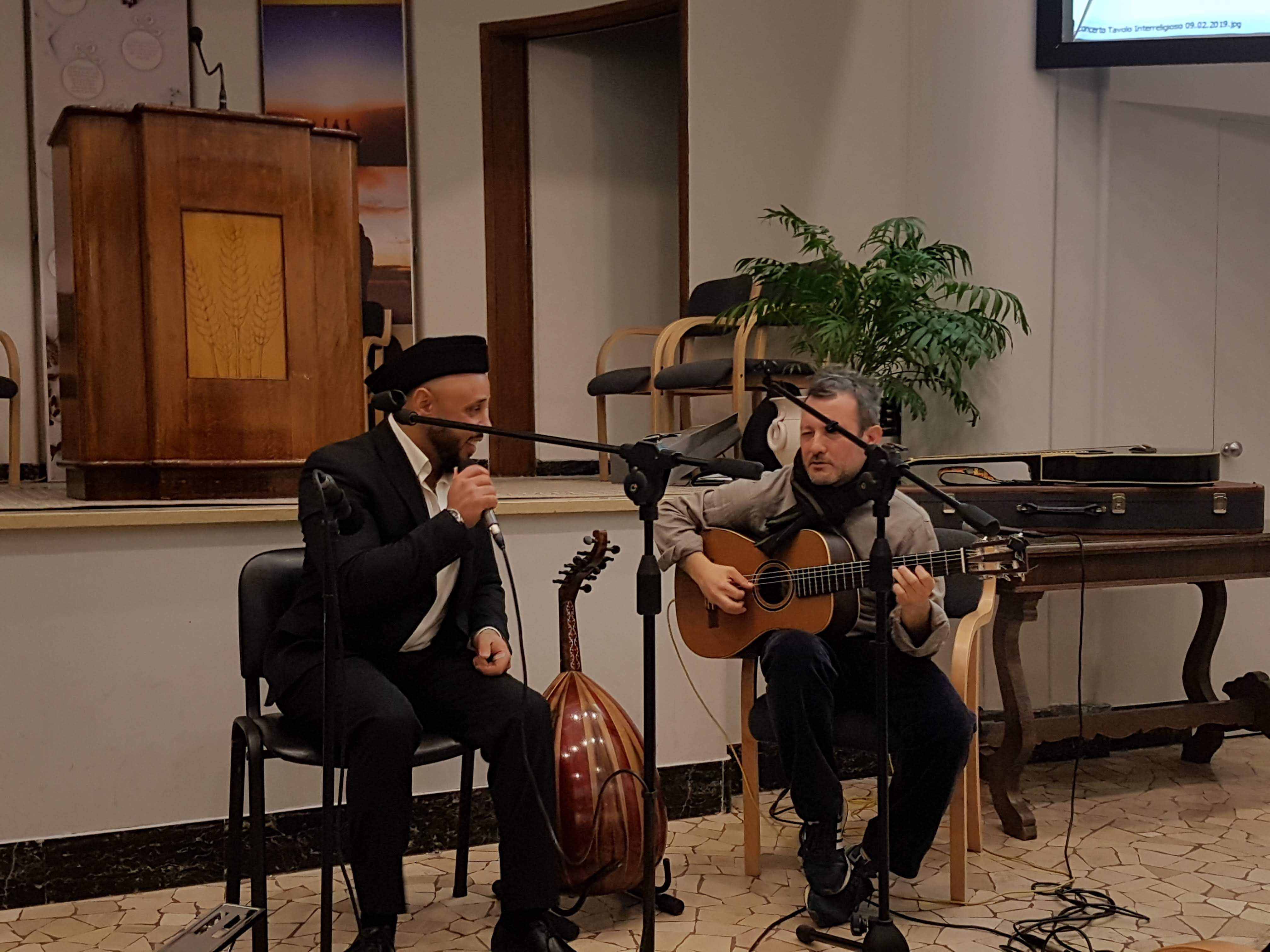 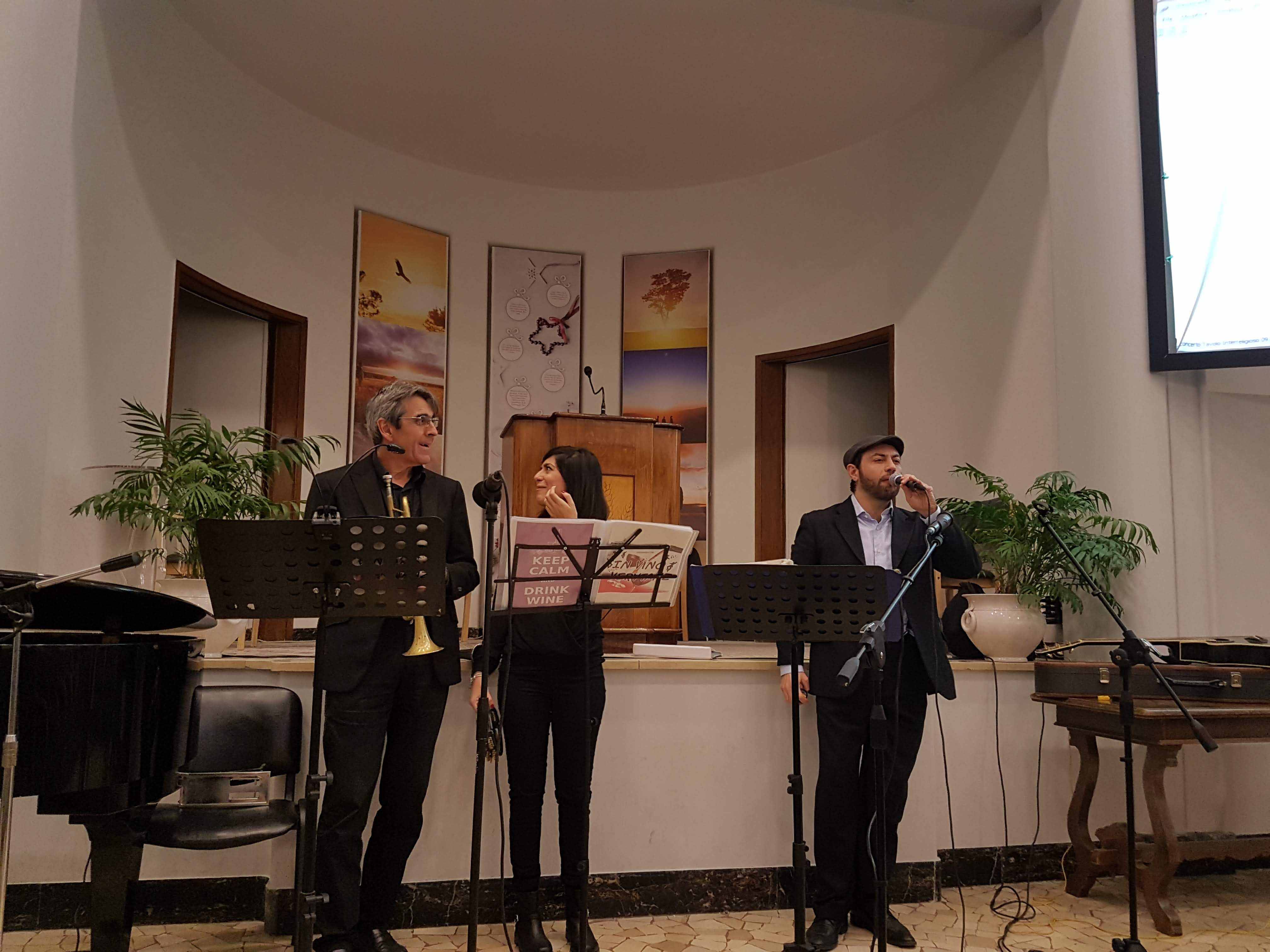 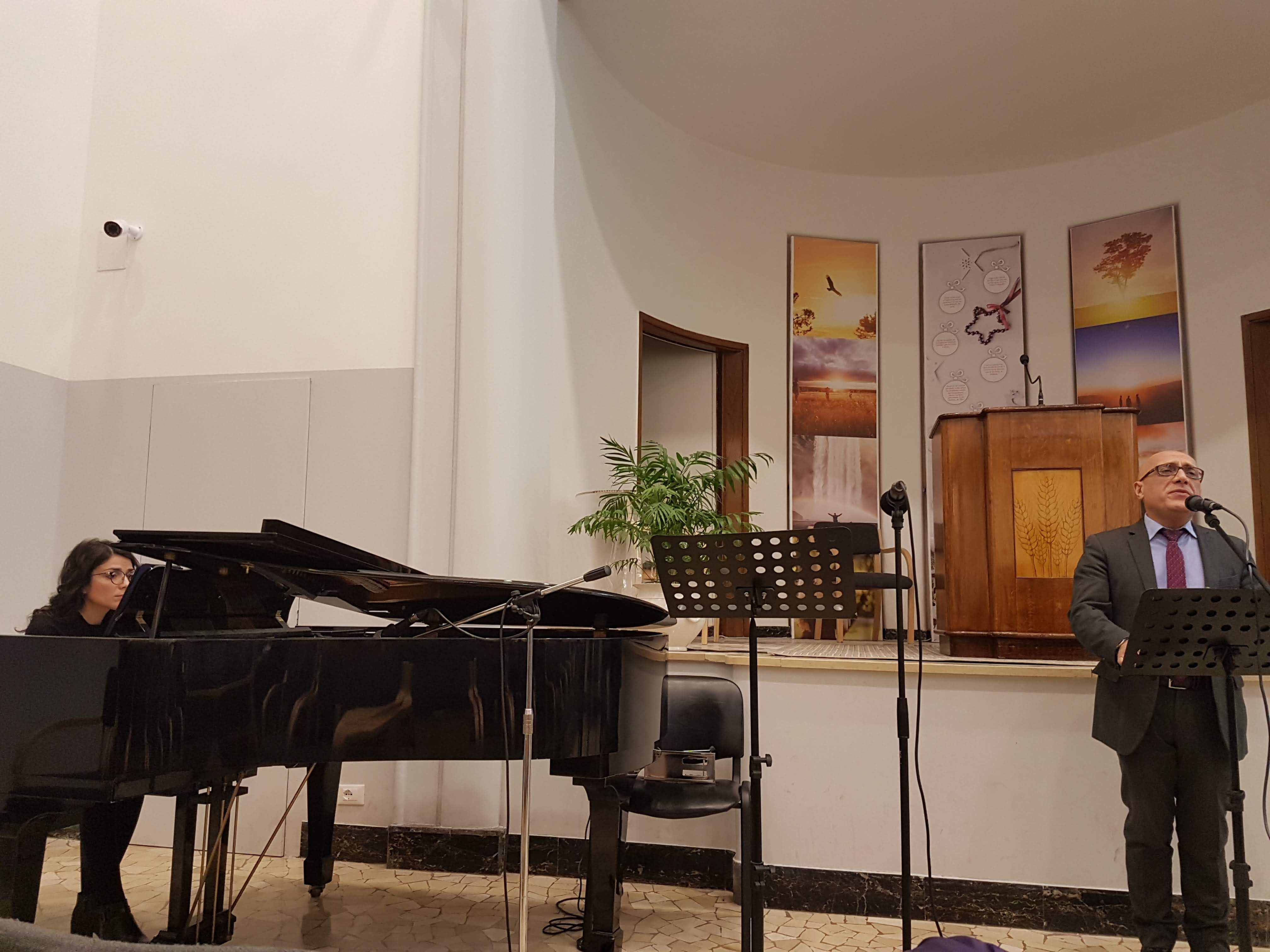