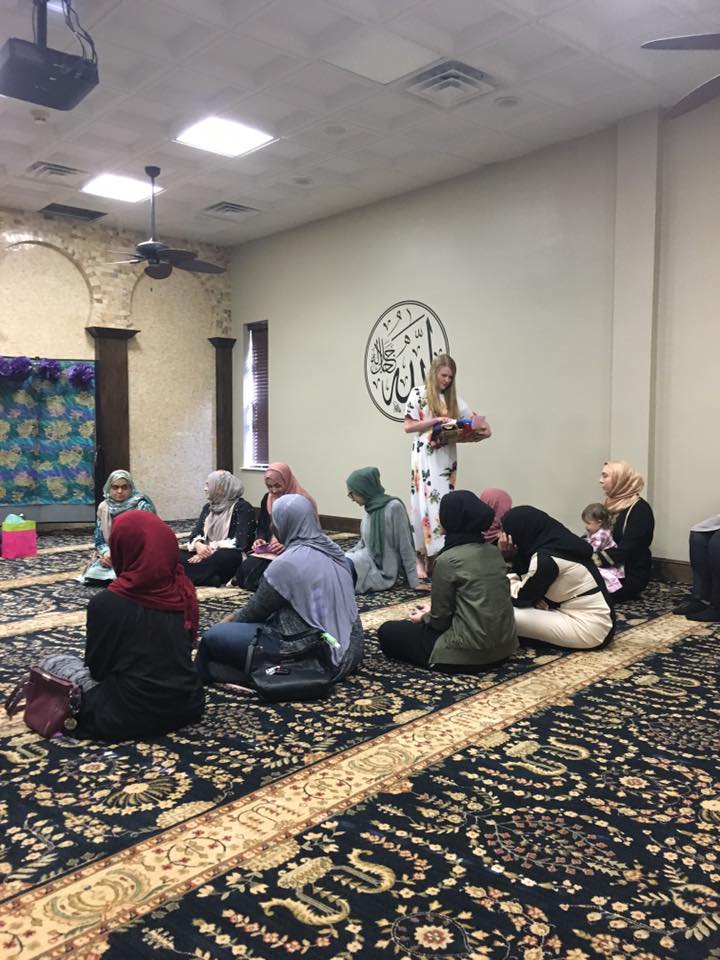 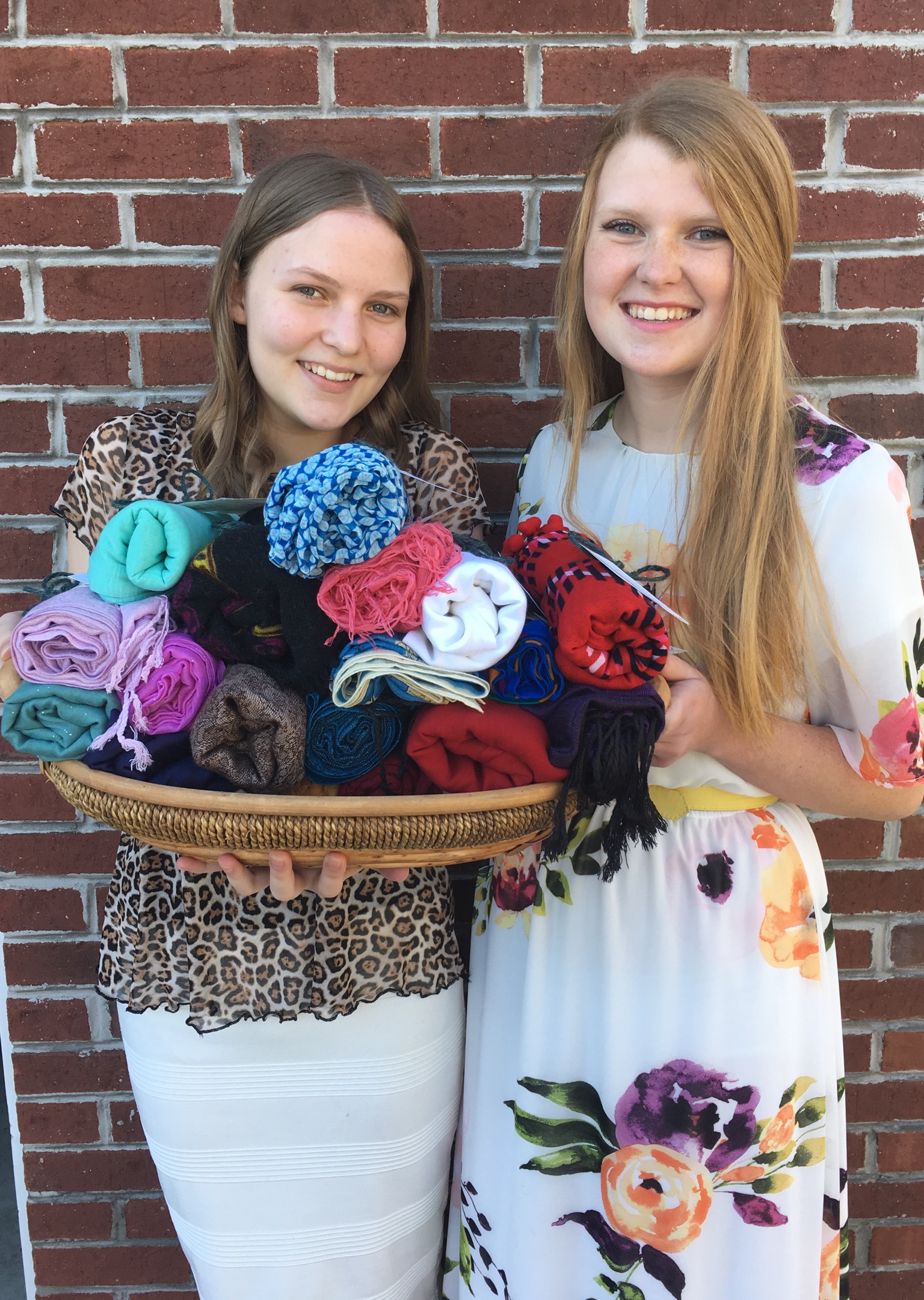 On Sunday, February 3, a Latter-day Saint teen and her friend delivered a special gift to the Pearls of Knoxville, a group of young Muslim women in Tennessee.  An idea sparked with Anna Hughes last year after her Young Women group from The Church of Jesus Christ of Latter-day Saints visited the mosque to learn more about the beliefs of the followers of Islam. Anna says,
"Last year, the young women from my church and I visited the Pearls of Knoxville. They explained the symbolism of their group name and the hijab. I admired their commitment to wearing the hijab, modesty, and virtue. However, because they choose to wear the hijab, some people are unkind to the Muslim girls. Modesty and virtue is important to me too and their courage and confidence to wear the hijab and its purpose is something I respect and admire. In the world we live in today, it is not always easy to express and share what you believe. After meeting with them, I wanted to give them something because of their kindness and values."
When Anna learned of  World Interfaith Harmony Week, she realized she still needed to act on her idea from the previous year.  Anna's common bond of modesty and virtue was the perfect way to connect for World Interfaith Harmony Week and deliver her gift. She collected scarves from the women and young women in her congregation to donate to the Pearls of Knoxville. Many women were happy to support her efforts and felt it was a nice gesture from one group of religious young women to another.
"Because many religions, including my own, experience discrimination, I wanted to let these young women know they are never alone, and that I respect their values and who they are," said Anna. Emma and Anna ready to deliver scarves to the Pearls of Knoxville. Anna lovingly pressed, folded and wrapped each scarf with a bow and favorite quote. She and her friend Emma delivered the scarves to the Pearls of Knoxville during one of their meetings. The thought was very much appreciated by the Pearls of Knoxville and their mothers. Amira Hamed, the leader of the Pearls of Knoxville stated, "The mere thought was really beautiful. It's touching a lot of the Muslim communities hearts."
Link: https://www.lds.org/church/news/tennessee-young-women-build-interfaith-bonds-with-muslim-friends-by-holding-a-ward-hijab-drive?lang=eng
Link: https://www.thechurchnews.com/members/2019-02-18/latter-day-saint-young-women-in-tennessee-share-hijab-gifts-with-muslim-friends-48998?fbclid=IwAR1gDPmgV3AM0XTm01vC8dKWVpQ9YldZrSpqDH6knRx0_nntSBnbz5ANFWE
Link: https://www.facebook.com/mormontimes/posts/10155986313957091?__xts__[0]=68.ARBibCVircEM3Fw7z5qr9GID8VYgCNKJZp4Bl653VG2BqJwMPjsoUFeIeSCLDXmE0drXWv1JRrRUCyJEJz6FOmYhUu-xce7hNfRtG8m15xaI2ch6fAl14JAzqWaQxdWwkiP2pEBEtNEoEuWPN5Cuv25umwEBSa2yUabaB69OXPJinOeChaCfE2octaNvp2Cwux5sbjqFLIE1A_hu6uFBzYVqnSXA72LEzYTX_1w0LOSzUZmZ-LAtSsDCIZuhhVinrILdgs0oIsznIOELSc4mPxit2tTggWK_l5F0H_MSCxQu8v2eSTURcFK-9tNkRI9KNUUvNqIJxqBESykH_39G&__tn__=-R